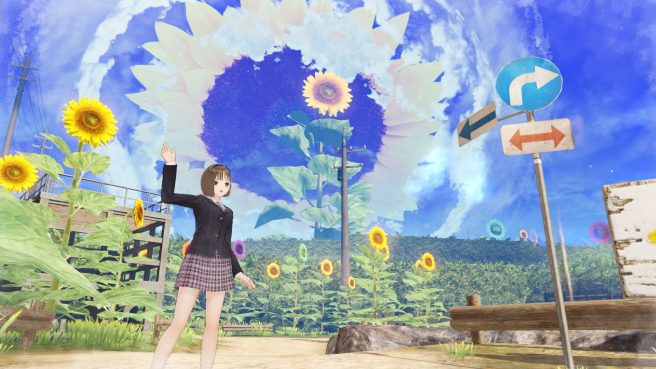 Just ahead of its western debut, Koei Tecmo is now letting fans try out Blue Reflection: Second Light with a demo. It can be accessed today from the Switch eShop.

In the demo, players can experience the Prologue and Story Demo of the game. The Prologue lets fans play through Ao’s journey from the beginning, as she first wakes up in this dreamlike world. Meanwhile, the Story Demo features the gameplay basics such as crafting, exploration, and battle. Complete the Prologue to receive the “Bunny – Head Accessory” and the Fragment “Preparing for the Unknown” as exclusive bonuses when updating to the latest full version of the game.

We also have news regarding free updates planned for Blue Reflection: Second Light. First up on November 23, players will be able to access new Photo Mode filters, including watercolor and hatching, along with the ability to take photos of the characters in Reflector form. The next update on December 21 contains new photo frames and idol poses for Photo Mode, along with the ability to build a Photo Studio in school development, plus the addition of a more hardcore difficulty mode aptly named Must Die featuring extremely challenging battles where the enemies are not only more powerful, but the likelihood of the enemies dropping items also increases. Finally, on January 14, 2022, Koei Tecmo and Gust will provide more Photo Mode updates, including a Pixel Art filter, along with more unique poses.

Blue Reflection: Second Light launches for Switch on November 9 in North America and Europe and the demo can be accessed digitally today.