Bomber Crew getting USAAF DLC in 2019 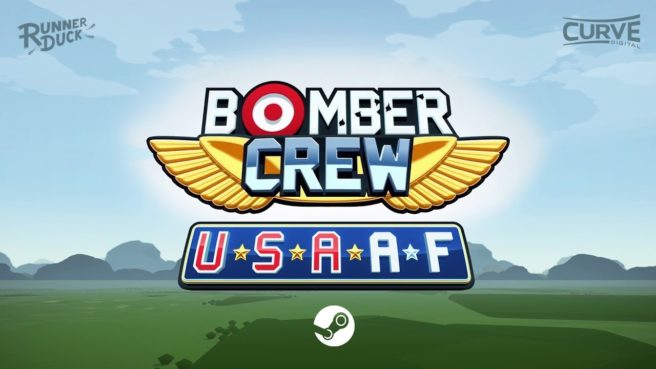 Runner Duck and Curve Digital have announced new USAAF DLC for Bomber Crew. On Switch, it’ll be out sometime in 2019.

USAAF DLC features a bunch of content, including a new campaign and new missions. Continue on below for a few additional details and a trailer.

This DLC pack offers the biggest and best planes you have ever seen. So big! Very large! Extremely American! Salute the skies and fly your flag, along with the iconic American Bomber – a nine-crew member beast – across an all-new, never before seen Theatre of War.

Get ready to face new threats both in the air and from the sea as you guide your crew to victory and make Uncle Sam proud. Do your part for liberty. For freedom. For military and global dominance.