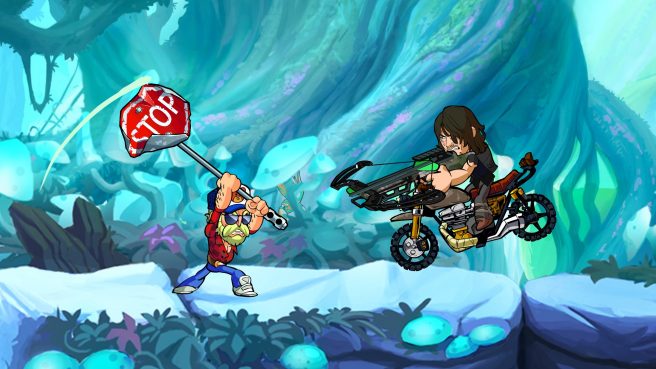 Ubisoft and Blue Mammoth today revealed that Michonne, Rick Grimes, and Daryl Dixon from AMC’s The Walking Dead will be appearing in the fighting game as Epic Crossovers. The event kicks off on October 14.

Below are the relevant details and screenshots:

Brawlhalla is currently available for Switch via the eShop as a free-to-play game.