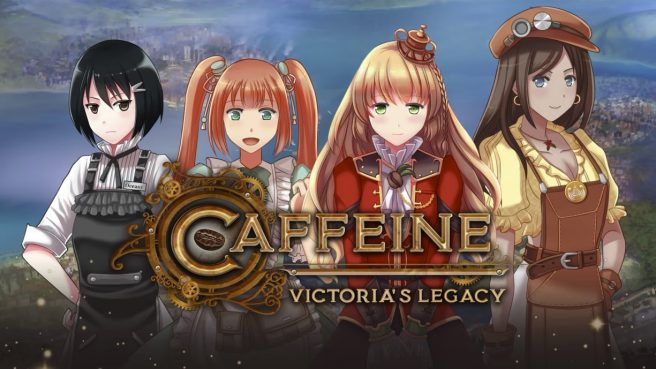 Thanks to Ratalaika Games, we have a launch trailer for Caffeine: Victoria’s Legacy. The fantasy visual novel just made its Switch debut.

Continue on below for more information about the title.

While on a journey to his long lost mum’s homeland, Taka mysteriously finds himself in the city of Victoria. Soon he’s staring at a coffee house named ‘Taka Coffee House’, the same coffee house that he remembered so fondly during his childhood.

Join Taka in discovering his roots and search for his family’s secrets, in a city where baristas are knights and coffee is king.

And here’s the launch trailer for Caffeine: Victoria’s Legacy:

Caffeine: Victoria’s Legacy is being sold digitally for Switch as an eShop download.