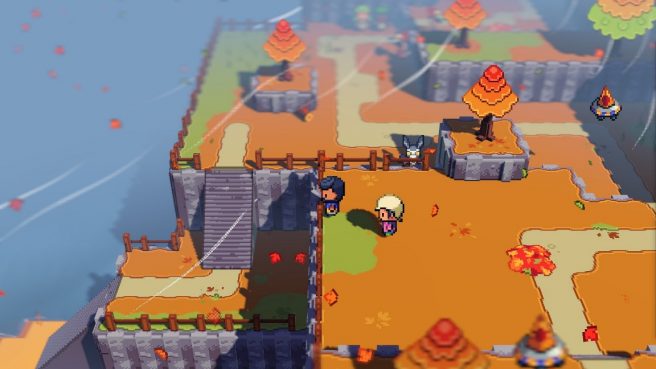 It’s been over a year since we last heard about Cassette Beasts, a monster-fusing open-world RPG where players collect creatures to use in turn-based battles. The project has now resurfaced with the news that Raw Fury will be in charge of publishing. A new trailer has come in as well.

Regarding the partnership with Raw Fury, lead artist and writer Jay Baylis with programmer and designer Tom Coxon said:

“Raw Fury have been really great to work with on Cassette Beasts. Their team gets what we’re trying to achieve with the project and have been very supportive. Cassette Beasts truly feels like a collaboration between us and them – it really wouldn’t have been able to grow into what it is now without Raw Fury backing us.”

“Getting to work with the incredible talent at Bytten Studio is a real joy. Cassette Beasts is a perfect title for Raw Fury, and we can’t wait to bring its humour, monsters, friendship and unique world to players everywhere.”

Cassette Beasts will be offered digitally on Switch through the eShop. We’ll have more on the game in the future, including a release date.