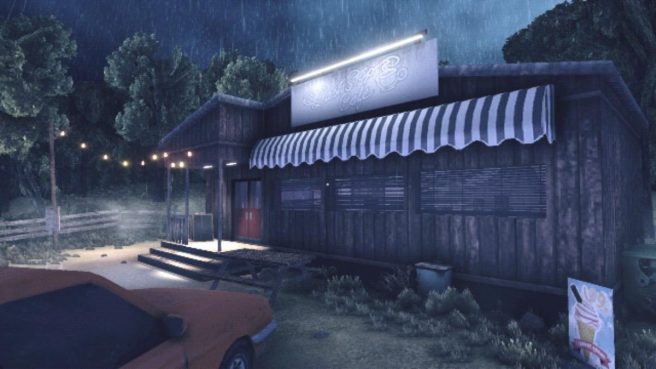 Chasing Static has been delayed again on consoles, with the Switch version now having a final release date of January 12, 2023.

The game, a retro psychological horror experience, was announced for Nintendo’s system towards the start of 2021. It was planned for release later that year, but was eventually delayed to Q1 2022.

Learn more about the project in the following overview:

The dark woods of rural North Wales welcome back the prodigal son Chris Selwood, returning to attend the funeral of his late father. After a pit stop for a hot coffee and a break from the rain with the diner’s waitress, Aneira, his world turns upside down after an unknown terror pins her to the ceiling. Chris awakens later after the shock dispatches him momentarily, and finds himself in the same diner, now broken, rusty, and inexplicably worn with age.

Left with many questions, Chris turns to his estranged father’s journal, filled to the brim with strange and seemingly unrelated notes. With a semblance of knowledge in hand, he must explore the blackened ruins now surrounding him for answers. Chris finds he’s not alone, however, as terrifying horrors and monsters now stalk his surroundings, waiting to tear him apart with violent glee.

Chris must survive with the help of the Frequency Displacement Monitoring Device, a tool capable of deciphering sounds and the conversations of spirits long departed. Discover clues for puzzles and paint an image of what the dead experienced before their demise. Experience hi-fi sound design setting the eerie stage, with full voice acting.

Explore dark forests, abandoned buildings, and a ghost town, in first-person perspective, all rendered in a low-poly visual style reminiscent of late-1990s and early-2000s survival horror classics. Chase signals in the static revealing clues to the fate of the waitress and secrets of his father, while avoiding otherworldly foes pursuing Chris.

“After so many people played Chasing Static on PC, it’s my honor to invite console players on PlayStation, Nintendo, and Xbox to my Welsh nightmare,” said Headware Games founder Nathan Hamley. “Having my game on the platforms that hosted the inspirational games of my youth still feels surreal.”

A new trailer for Chasing Static coinciding with the release date news can be found below.