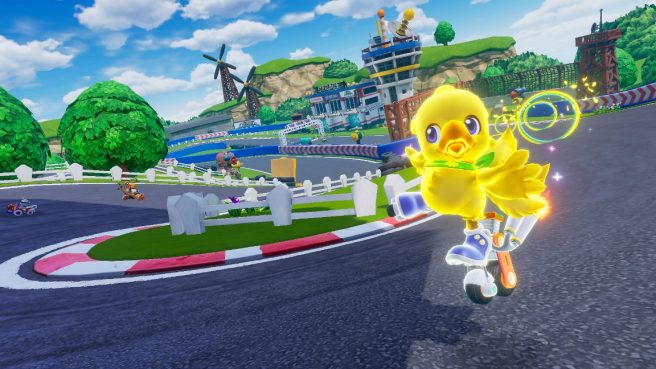 Chocobo GP now has a release date on Switch, and a Lite version has been revealed. The racer will launch on March 10, 2022, Square Enix confirmed today.

Square Enix has also readied a new trailer showing off Chocobo GP’s new game modes along with the Story Mode and the 64-player knock-out style tournaments in Chocobo GP Mode:

– Time Attack: Players can challenge themselves to beat their personal best times on various courses. Players can also asynchronously race against others from around the world* to get the best time.
– Series Race: Players will compete for the top spot in a series of four races; can be played alone or with friends.
– Custom Race: Players can create their own challenging races with custom rules, both alone and with friends.