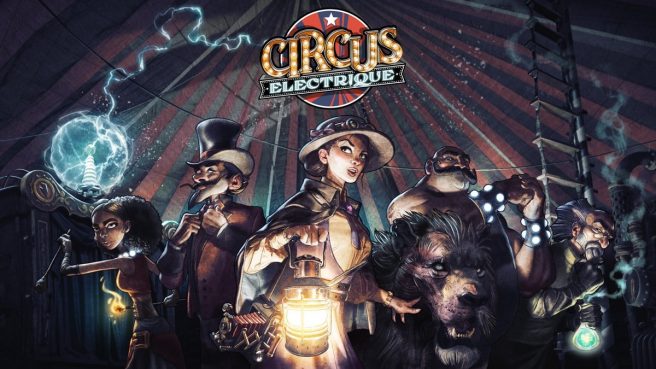 A significant 1.2.0 update recently went live for Circus Electrique, including the Switch version.

New features, improvements, balance adjustments, and more are included. Some of the highlights include trade resource functionality, autosave before battles, the removal of difficulty spikes from all Districts, and more.

The full patch notes for the Circus Electrique version 1.2.0 update are as follows:

Trade Resources functionality added
– Schillings can be traded for the following resources: Food, Tools, Substance
– Feature unlocks after the completion of the second district
Screen Shake toggle added to Settings Menu
– Camera shake effects can be turned off in battles
Craft button “Hold to craft” warning
– A warning pops up when the player clicks the “Craft” button in the Artisan building instead of holding it

Autosave before battles
– Instead of auto-saving after starting a battle, auto-saves will now take place before the battle, giving a chance for the player to modify the battle team if anything goes wrong
Better Superskill activation animation visibility
– The super skill activation animation is now more pronounced, and animation to the Amazemeter at the beginning of battles when super skills are available was added
District reset available from District 2
– Multiple Time Capsule items can be looted before they would be available for crafting
Boss no-flee status icon
– Bosses now have a special status effect explaining that they won’t flee from battle
Minor performance optimization
– VFX optimization mainly concerning lower-end PCs and last-gen consoles

Difficulty spikes were removed from all Districts
– We have identified and re-balanced some battles causing trouble for many players, mostly in the 4th, 5th, and 6th Districts
Boss difficulty re-balance
– Reduced boss difficulty in District 1, District 2, and District 4 based on player feedback
Minor Circus Show setup balance fixes
– We have made it easier to get stars on some Circus Show blueprints
Recruitable characters can have higher Devotion
– We have made the random devotion range wider for random characters in the train, pushing out the upper limit
Random characters have a higher chance of having a random passive ability
– More recruitable characters in the train will possess a random ability

– Damage bonus now scales properly with the Devotion in all cases
– Minor level graphics fixes
– Fixed an animation issue that could appear in the final boss fight if the boss used the ‘Kick’ skill
– Fixed an issue on PC where the controller navigation could get stuck if the player changed the video settings to windowed mode. This issue could appear mostly with 21:9 monitors, which have the 2560×1080 native resolution
– Fixed an issue on PC where the cursor graphics did not change to their in-game versions automatically
– Fixed a rare crash related to winning the battle with the strongman’s ‘Spinebreaker’ skill
– Fixed the combat level being visible for a few frames at the end of the District 4 boss fight
– Unspent circus act points are now displayed correctly in all cases on the Circus Act upgrade UI
– Fixed an issue in the first tutorial fight if players kept trying to activate skills while the 3rd turn was started. Doing so caused the gameplay to get stuck
– From now on, disappearing subtitles do not remove selections from enemies and certain UI elements.
– Fixed an issue that could occur if players crafted a club membership card right after a boss fight. Doing so led the navigation to get stuck on the city map
– Mystery nodes are now unable to kill members of the exploration team due to HP loss. The current HP for these characters will turn to 1 instead
– If players are unable to start a King of the District fight because they do not have a gold bar, the appearing craft window now gives an explanation as well
– Correct devotion costs for some of the skills of the unique Fireblowers

All players on Switch can download the new 1.2.0 update for Circus Electrique now.