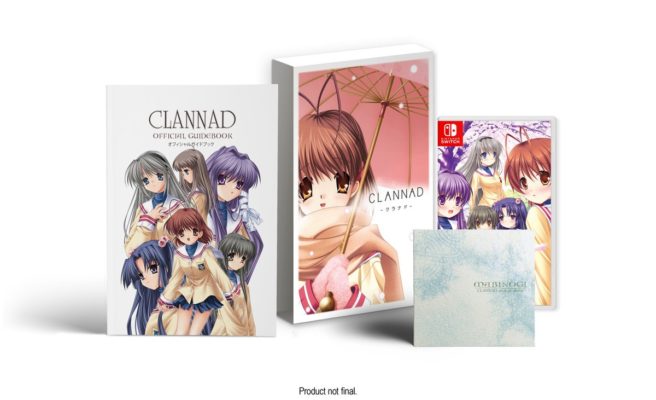 Clannad will end up receiving a physical version in the west after all. Limited Run Games and Sekai Games are teaming up with the game’s developers to make the release possible.

According to Sekai, a collector’s edition will be offered that “will mirror the first print release from the original Japanese PC release.” This will be the first time Clannad will be sold physically on a console in English.

Pre-orders will be opening soon, so stay tuned for news about that.