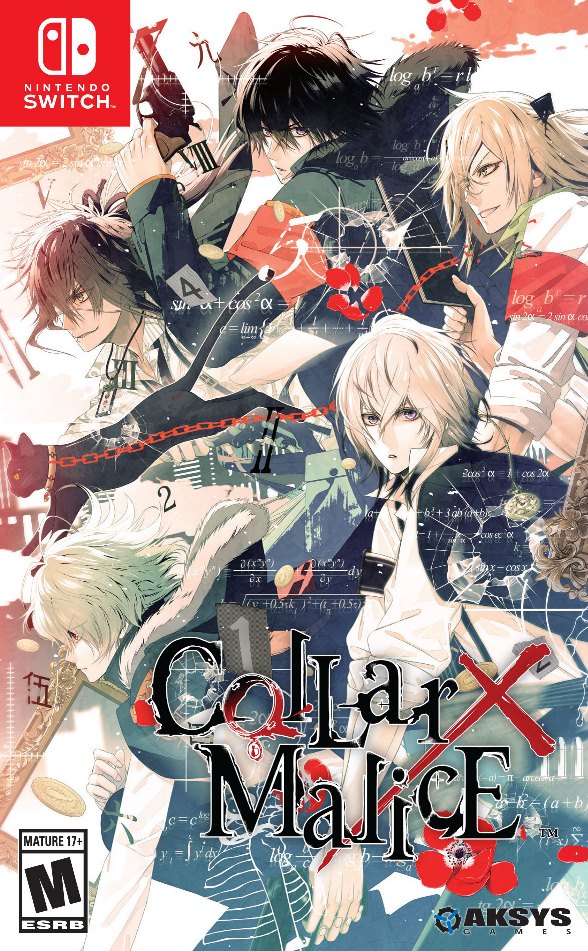 Aksys Games announced today that Collar X Malice, “the suspense-filled otome game in which a young police officer investigates the brutal terrorist organization inciting fear and violence throughout the city,” is launching for Switch in North America this June. Collar X Malice: Unlimited will be released one month later in August.

Here’s a bunch of information about Collar X Malice:

A terrorist organization’s brutal attack has left you fitted with a deadly souvenir – a poisonous collar that could end your life at any moment. With the situation spiraling out of control and time running out, five mysterious strangers appear to aid you in your quest for the truth. Who can you trust? Will you be able to save yourself and the soul of Shinjuku from the clutches of oblivion? In a city bound by malice, you are the only hope for salvation!

Features of the game include:

Put Your Investigative Skills to the Test! The lethal device tight around your neck is your only key to solving many sinister secrets.
Choose Your Actions and Allies Carefully! Each clue you follow, each decision you make, advances the twisting, branching story, leading to multiple unique endings and opening new options to replay!
Uncover the Truth! Collar X Malice is brimming with suspense, drama, intriguing characters, and stunning artwork.

Aksys Games says that Collar X Malice will come with a set of collectible character cards in the case for the first run of the games.