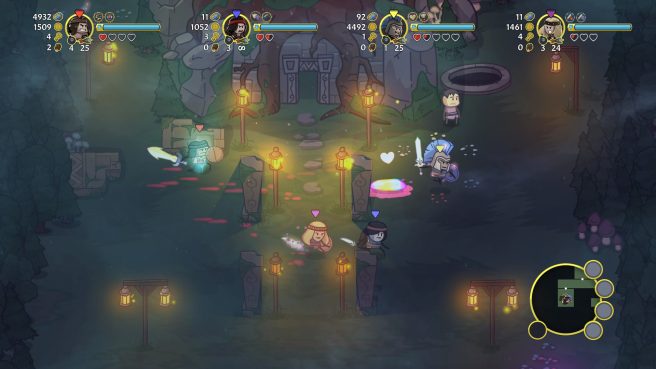 It may not come as a surprise that Conan Chop Chop has been pushed back again, especially since we’re now in the second half of 2021. The game had actually passed certification, but Funcom and Mighty Kingdom decided to implement “further improvements to gameplay.”

As the more observant of you may have noticed, we are way past “early 2021” now, and Conan Chop Chop has not yet been released. It has now come to a point where we find ourselves having to reassure people that the game is in fact real, in development, and not just a never-ending April Fools’ Day joke.

In fact, Conan Chop Chop had passed console certification earlier this year and was just a click of a button away from being uploaded to PC, PlayStation, Xbox, and Nintendo Switch stores. However, some traditions are not easily broken. Play-testing revealed the potential for further improvements to gameplay, leading developer Mighty Kingdom and publisher Funcom to deliberate postponing the game once again.

And while we are well-aware that some people will be disappointed by this news, perhaps even a bit bewildered, we assure you that the positives outweigh the negatives. Just like one of our previous delays was to add online multiplayer mode to Conan Chop Chop, all the other delays have been with the intent of further improving the game, whether it be by adding new features or tweaking existing ones. We also do not want further development of the game to cause unnecessary fatigue.

So, yeah. We failed on our promise, and for that we are sorry. This time, however, we can absolutely guarantee that there will be no more delay announcements. Why? Because this time we’ll not be announcing a new release date until the game is finished, tested, certified and ready for launch. And because our postponement announcer was promised that this would not be a full-time job.