Conan Chop Chop out on Switch in March, demo next week, new trailer 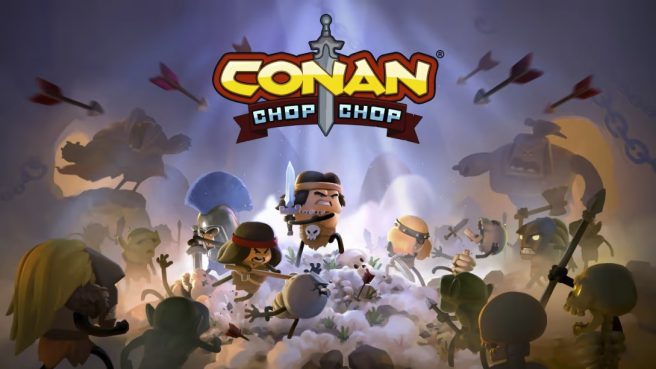 Publisher Funcom and developer Mighty Kingdom have finalized a release date for Conan Chop Chop. The game is coming to Switch on March 1, 2022. Additionally, a demo will go live on February 17.

Conan Chop Chop was revealed for Switch in June 2019, but since then, it’s been delayed many different times – it’s certainly up there as a game that’s seen many different release windows. After it was moved back once again last July, Funcom and Mighty Kingdom promised that “there will be no more delay announcements”. The two sides decided not to share any new launch windows until the project was completely done and ready to go.

Enter the Wrath-a-Thon, a fiendish challenge created by the evil sorcerer Thoth-Amon to trap the heroes of Hyboria. Crush, kill and maim your enemies with an arsenal of savage weapons as you and your friends take on the minions of evil. Upgrade your village, upgrade your skills and upgrade yourself (seriously, this game will make you a better person).

Conan Chop Chop is the most epic and realistic stick figure game ever to be set in the world of Conan the Barbarian. Discover a delightfully savage world full of epic boss fights, perilous dungeons, and endless amounts of loot and item combinations.

UNIQUE CAST OF HEROES
Want to get up close and personal, or shoot your opponents from afar? Choose from a cast consisting of the most famous heroes in Hyboria, from the sword-swinging Conan to the bow-bending Bêlit. Chop, shoot, or simply blast your foes into tiny bits.

LEVEL UP YOUR CHARACTERS
In Conan Chop Chop, what kills you also makes you stronger. Use the experience you earn from each run to unlock character-specific perks and abilities to conquer the enemies that defeated you.
Build the skill tree for each one of the characters and discover their unique builds.

TRILLIONS OF ITEM COMBOS
Acquire new skills as you venture to the far reaches of the world, looting magical charms, weapons, and armors. Experiment with different item combinations to discover potentially overpowered abilities and new ways to play.

MAGICALLY GENERATED WORLD
No two runs through Conan Chop Chop are the same, thanks to procedurally generated maps and dungeon layouts. Discover new shops, challenges and treasures with every playthrough.

RUTHLESS BOSS FIGHTS
Test your might against unique dungeon bosses, such as The Giant Sand Worm of Koth and The Frost Giant of Vanaheim. Some bosses may even roam the wilderness, guarding golden chests, powerful artifacts, and other riches.

A new trailer accompanying today’s release date news for Conan Chop Chop can be seen below.

Conan Chop Chop will be sold digitally on Switch. Pricing is set at $19.99, and pre-orders are live on the eShop.