Cotton Fantasy gets May release date in the west, new trailer 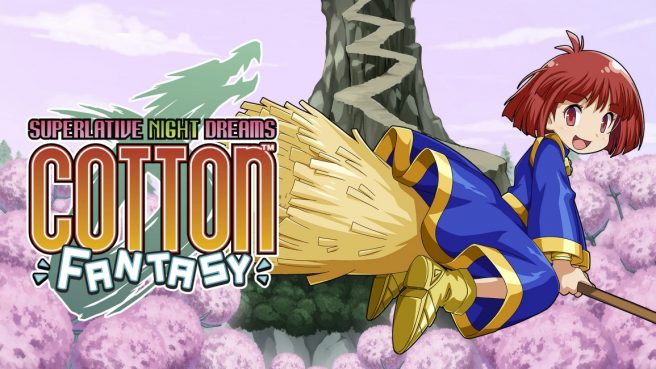 Cotton Fantasy appears to have a final release date in the west. Announced by ININ Games today, the title will be ready to go on May 20, 2022.

Cotton Fantasy was previously planned for last winter in North America and Europe. However, ININ Games ended up moving it back to the spring. This is the first time we’re hearing about a concrete release date.

Something sinister is in the making, the Willows are vanishing from Fairyland and the Fairy Queen asks Silk to seek the witch Nata de Cotton for help. For a lifetime all-you-can-eat willow supply, as she has an insatiable craving for them, Cotton is willing to help out her old friend and embark on another adventure together.

This brand-new game from the long-standing Cotton series sets the stage for another fantastic adventure, featuring a total of 6 iconic playable characters, including stars from other games! Each character has their own mechanics and attacks, allowing you to choose from different playstyles and find the right match!

ININ Games is celebrating the release date news for Cotton Fantasy with a new trailer. Give it a look below.

Cotton Fantasy will cost $39.99 on the Switch eShop as well as physically at retailers. Amazon is taking pre-orders here.