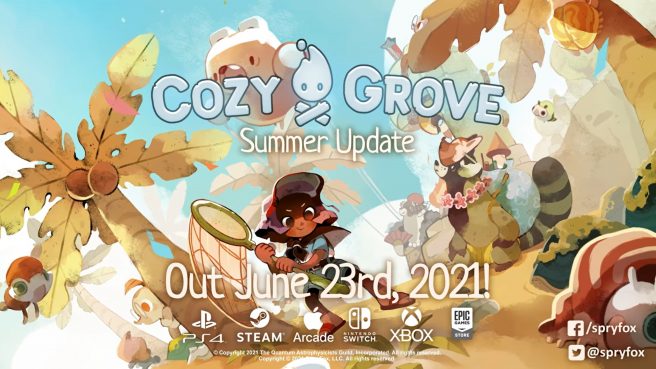 Today’s update includes quality of life enhancements, balance changes, and bug fixes. Going into some of the specifics, changes include increasing the stack size limits of various items, increasing the amount of storage available to players early in the game, reducing the difficulty of several quests, and a whole bunch of UI improvements. There are also new features and content.

Other very notable changes include:

Get a closer look at the Cozy Grove update in the trailer below.