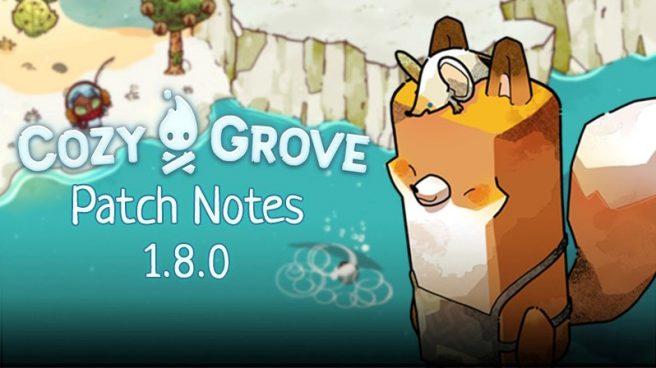 Cozy Grove was recently updated on Switch. After installing the latest patch, your game should be at version 1.8.0.