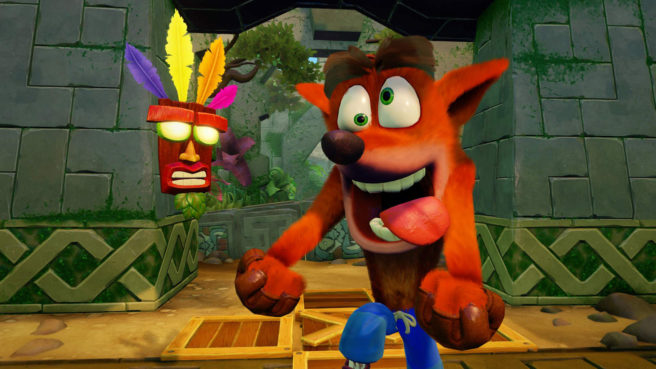 The Xbox One and Switch versions of Crash Bandicoot N. Sane Trilogy came in at first and second on the UK charts this week. However, the Switch edition only sold 250 fewer copies.

We have a couple of other tidbits regarding the latest UK sales as well. Mario Tennis Aces’ sales dipped by 53%, though GamesIndustry says that’s “decent performance for a game in its second week on shelves.” Harvest Moon: A Light of Hope, which debuted in the UK just a few days ago, had 78% of its sales on Switch in comparison to 22% on the PlayStation 4.