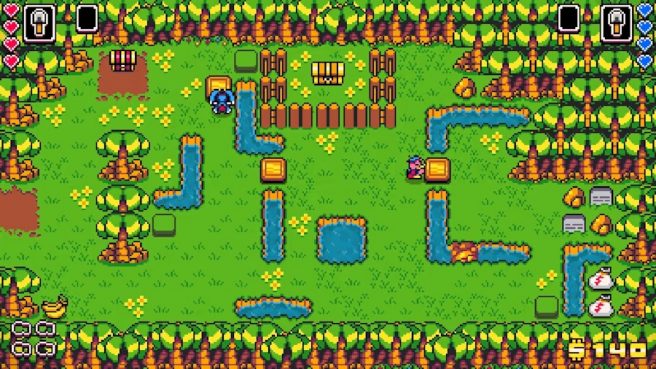 Following the release of Dandy & Randy DX on Switch this week, gameplay has emerged. 14 minutes of footage has now come in.

Below is some additional information about the game:

Dandy and Randy is a 2D top-down old-school game featuring two of the worst archaeologists that have ever graced the Earth.

Dandy and Randy are a couple of archaeologists who are in a pickle.
They owe a ton of money to their bank, and they need a way to pay it back, or they are done for!

Luckily, they have just received the information about a mysterious, fabled precious stone showing up on a faraway island.

Can they find it, pay back their debts, and at the same time become rich? It’s up to you to find out!

* Single-player or local multiplayer co-op.
* Fight a diverse cast of enemies.
* Discover tons of treasures, hidden or not.
* Solve puzzles.
* Cute art style for all ages!
* Hidden levels and more.

And here’s the gameplay for Dandy & Randy DX on Switch: