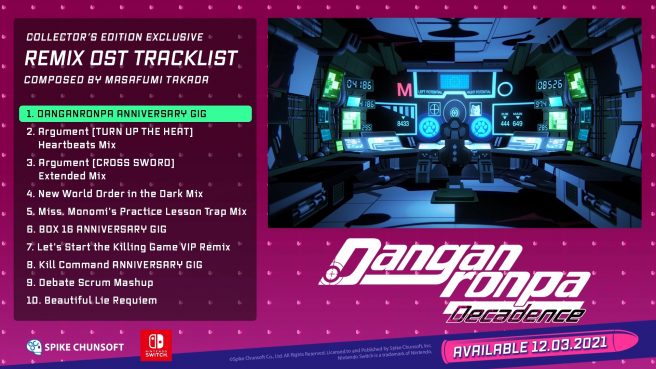 In the Danganronpa Decadence Collector’s Edition, Spike Chunsoft is including a remixed soundtrack. Danganronpa music producer Masafumi Takada created the ten-track compilation of fan-favorite tunes from the series’ 10-year history.

A video has now come in that lets fans get an early preview of the soundtrack. Listen to the various tunes below.

Danganronpa Decadence launches for Switch on December 3. You can pre-order the collector’s edition on Amazon here.