Posted on February 15, 2022 by Nicolas in News, Switch eShop, Videos 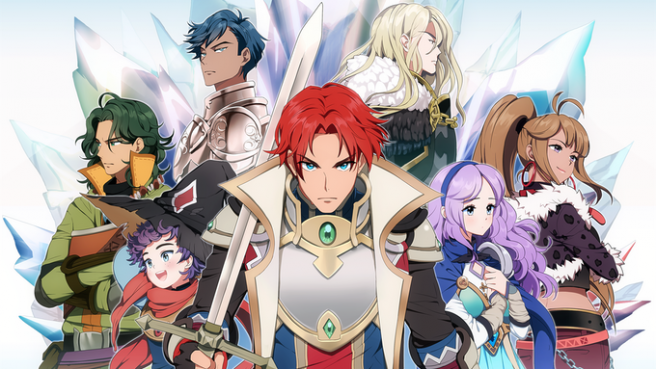 Freedom Games has announced an official release date for Dark Deity, a Strategy RPG developed by Sword & Axe. The game will release on Switch March 17, 2022.

Dark Deity was officially confirmed for Switch last August. At the time, it was simply slated for a 2022 release.

Learn more about Dark Deity with an overview below:

Command legendary heroes to reshape a land fractured by broken oaths, reckless wars, and secret arcane powers. The technological and cultural achievements of a once-great civilization now lie locked inside the ruins of ancient temples throughout the world of Terrazael. Long after society’s mighty history is snuffed out by a powerful and mysterious “Calamity”, the people of Etlan teeter on the brink of total war.

In a desperate attempt to bolster his recruit ranks, King Varic of the Kingdom of Delia expedites the graduation of all students at the Brookstead Military Academy, severing a pact that has stood for a thousand years. With the course of their future undemocratically derailed, these four “graduates” of the Brookstead Academy set out to leave their mark on this world.

This is their story.

Strategize through 28 chapters of iconic turn-based combat scenarios and objectives that will put your tactics to the test while your units earn hard-fought experience and recover from the scars of grave wounds.

Choose between 54 distinct character classes, each with their own skills and capabilities, ensuring every playthrough is a unique one. Face a wide variety of enemies as you guide your units’ destiny toward their ultimate forms.

Travel with 30 memorable playable characters with varied backgrounds, personalities, and motivations, as they set out to change Terrazael forever.

Forge friendships as units bond together in the heat of battle. Character’s relationships evolve in over 400 different conversations that show a glimpse of life beyond the battlefield with real and tangible gameplay implications.

Equip your team with a diverse array of hundreds of upgradable weapons and spells to gain an advantage at the edge of battle.

Discover droves of divine and ancient artifacts scattered across the world that will transform the abilities and destinies of those who wield them.

Here is a new trailer posted alongside the release date announcement:

Dark Deity will release digitally on Switch via the eShop for $24.99. The game will support English, Chinese, Japanese, Korean, French, Italian, Spanish, and German language options.