Deathsmiles I & II gets release date in the west 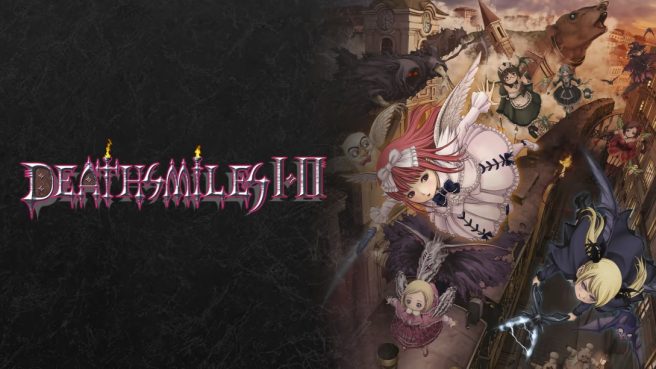 Deathsmiles I & II now has a release date in the west. The title just recently landed in Japan, as it was made available on December 16. As for North America and Europe, the Switch eShop shows a release date of December 30.

Here’s some information about Deathsmiles I & II from the eShop listing:

Deathsmiles is a side-scrolling shoot ’em up game set in the alternate world of Gilverado, where girls known as “Angels” take center stage.

The game features an exotic world imbued with gothic horror themes, adorable character designs, and intuitive controls that will keep you coming back for more.

• Includes 3 series titles x 3 modes
There are three playable titles: “Deathsmiles,” the first title in the series that was released in 2007 as an arcade game,
“Deathsmiles Mega Black Label,” the upgraded version of the original, and
“Deathsmiles IIX Merry Christmas in Hell,” the sequel.
Each title comes with game modes that were previously available in home console versions.

• Comprehensive training mode and online rankings
Training mode allows you to customize stage and player unit settings for practice purposes.
The comprehensive options can be tweaked to make stages easier for beginners or more challenging for experts.
Online leaderboards have been implemented for each mode of each title.
Keep training and aim to break the high score!

Deathsmiles I & II will cost $39.99 on the Switch eShop. Physical versions are also planned for a later date, and we have more information about that here.