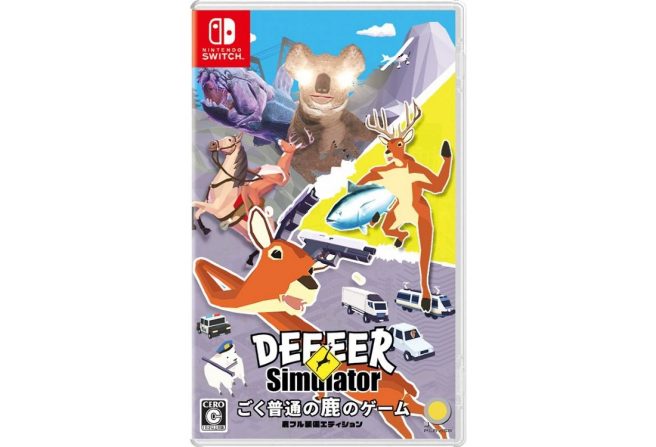 DEEEER Simulator: Your Average Everyday Deer Game won’t be a digital only title on Switch, as a physical version is happening – in Japan at least.

The slow-life town destruction game was first confirmed for Nintendo’s console back in August. While it appears to be a digital only title in most regions (at least for now anyway), the Japanese physical edition will work in all regions. It supports English, Chinese, Japanese, and Korean language options. Fans will be able to import the game and play it on their Switch system regardless of origin since the console is region free.

Put simply, DEEEER Simulator is a “slow-life town destruction game.” You can spend your days enjoying a nice, relaxed frolic here and there together with the other animals around town, or you can choose to relieve some stress and absolutely destroy the town and everything in it. Of course, if you choose the destructive route, you may end up being chased down by police and meeting a tragic end!

The physical version of DEEEER Simulator: Your Average Everyday Deer Game will be available on November 25. Those that are interested in pre-ordering and importing a copy can do so here.