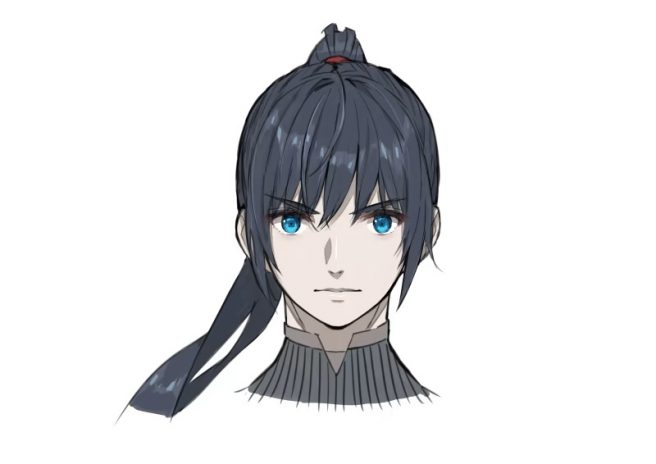 The team behind Xenoblade Chronicles 3 has spoken about the character designs in the game, which was apparently “a hellish process of trial and error.”

Monolith Soft’s Tetsuya Takahashi said in a recent interview that the characters were made taller and they were designed “to be not too flashy to match the tone of the story.” Coming up with the look for Noah in particular was no easy task.

Director and producer Koh Kojima noted that deciding on the visual design of Noah wasn’t easy. Illustrator Masatsugu Saito came up with looks that made him seem either too week or too pompous whereas there needed to be a balance. Thankfully, the process was much smoother with the rest of the main characters.

We have asked you about the story and the background of this work, but we would now like to hear about the visual aspects you worked on to express them. How were the characters designed?

Takahashi: As with Xenoblade Chronicles 2, we asked Saito-san to design the characters. However, since the story is more serious than the previous titles, we designed the characters to look more mature by making them taller. We also designed the costumes to be not too flashy to match the tone of the story. In the scenes where the main characters make their first appearances, they are wearing the military uniforms of their respective nations, although they are dressed differently in the key art. We asked Saito-san to tailor the overall design, including the clothing, to a dignified style that fits a serious story.

Do you feel that you were able to decide on the visual design of the main characters quite smoothly?

Kojima: No, it was a hellish process of trial and error… (Laughs) We especially struggled to decide on the design concept for Noah. During development, Saito-san came to the MONOLITHSOFT office and worked with us. His seat was in front of Takahashi-san’s workspace. We used Takahashi-san’s words to conjure up an image of the characters and convey the intended feeling to Saito-san, who drew various illustrations based on that. However, Takahashi-san looked at the illustrations at the end of the day and said, “No. This isn’t it.” (Laughs) We had to repeat this process again and again.

Takahashi: We particularly struggled with Noah’s design. Saito-san came up with all kinds of illustrations, but somehow none of them quite looked like Noah… I think I mentioned earlier that I wanted Noah, the main protagonist, to be positioned as a philosopher or poet, but I didn’t want him to be seen as a weak-willed character. However, I also didn’t want him to look too pompous.

Kojima: The drafts he drew seemed to be at the two extremes. Some made him look fierce, while others looked somewhat gentle.

Takahashi: I was also worried that his speech might sound pompous if the character design was too noble. We struggled to come up with a design concept that made us think, “Yes, this is Noah!”

Kojima: On the other hand, we could agree on the other characters’ designs relatively easily because their appearances, including their races and physiques, had already been defined in their character profiles.

The same interviewed revealed that Monolith Soft actually made real life versions of the flutes from Xenoblade Chronicles 3. You can check it out in action below.

“By making the flutes from scratch, you can create a sound that hasn’t been heard before.”

Learn about #XenobladeChronicles3's aesthetic design in the second chapter of our Ask the Developer interview: https://t.co/SJqDM39GWH pic.twitter.com/zI3NOnBGgL