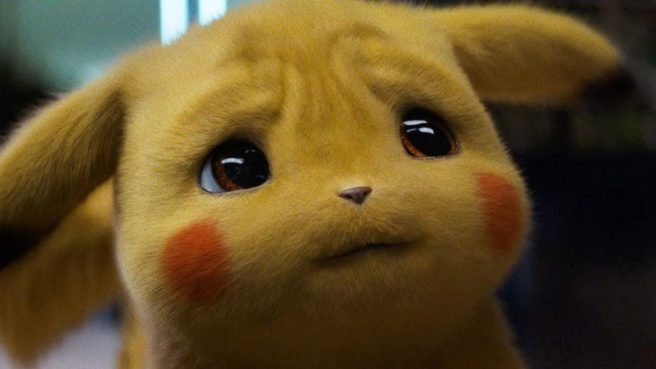 Pokemon and battling practically go hand-in-hand. Yet for Detective Pikachu, the series’ first live-action film, there isn’t much of that to be seen. In an interview with Polygon, some of the key staff involved with the movie explained why.

“Part of [The Pokémon Company’s] conceit for Detective Pikachu was to create a new region, Ryme City, that had a new set of rules. The Pokémon Company wanted to have the Pokémon not be in pokeballs. They wanted a region where humans and Pokémon had a different, elevated relationship where they co-existed. The Pokémon could be human beings’ familiars.” – Letterman

“A lot of the classic elements of a Pokémon story were not really at our disposal. At Ryme City, there are no battles, there are no trainers, there are no Pokeballs. We often thought of it as like writing a Star Wars movie without a lightsaber or the Force or anything like that. The key elements are just not part of this world.” – Samit

“We really wanted to make sure that for people that maybe were less into Pokémon, that they understood from a pretty early point in the movie that these are creatures that not only were fantastical in the way they look, but also in the way that they behave. The powers that they have raises the stakes for this city, where any of these creatures could cause incredible damage or make an incredible problem.” – Hernandez

Samit added that avoiding battles was one of the “bigger challenges” of writing the movie. The Pokemon Company was “very protective” of the franchise, and wanted to have a good reason for there to be a live-action movie. Detective Pikachu aimed to show people “a side of the universe that we’ve never seen before in the anime or anything like that.”