Dev says Cooking Mama: Cookstar is going through a legal battle, was released against request from IP holder 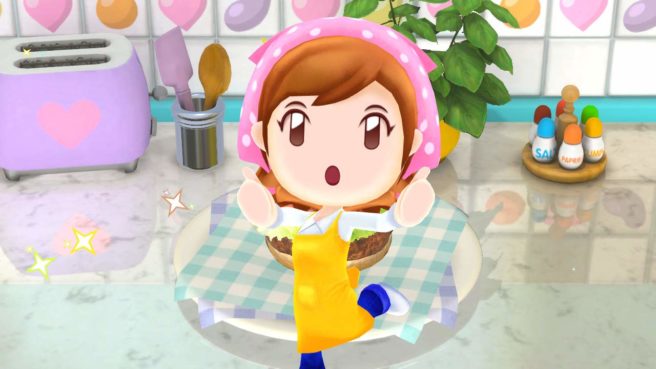 The situation surrounding Cooking Mama: Cookstar just keeps getting stranger. After rumors circulated that the game was mining cryptocurrency – which was swiftly denied by the developer – a member of the team has come forward to further clarify what is actually happening.

The crux of the situation apparently involves a legal battle between publisher Planet Entertainment and IP holder Office Create. This has what resulted in the game’s removal from the eShop and scarcity in stores. Additionally, it looks like Planet Entertainment launched Cooking Mama: Cookstar “against a request by Office Create to keep polishing the game, or perhaps even canceling it.”

The statement about crypto-currency was all buzz words. The head of Planet Entertainment knows very little about these things… he just put some fancy language to get potential investors who like that stuff. As for the crashes/ overheating. That would be because the game is made in unity. By many people working on their first game… it’s not the best product but it made it through several vigorous reviews by Nintendo and Sony. There is no way crypto-mining stuff could get through those tests. I doubt anyone at 1p would even be able to make such a thing.

At one point the Japanese Office Create clients came to oversee development. An argument started and the clients were told to go home if they weren’t being “constructive”. Once they found out that planet entertainment released the game, they used their Nintendo contacts to pull it from the e-shop and stop production of cartridges.

Overall, everyone at 1p loves the cooking mama franchise and did their best to make the best product considering the interference from the higher ups. I think the game is far from perfect, but would have done fine without the publishers stumbling so constantly…

… We were told the game was coming out in March. That’s all anyone knew. The boss at 1p, Tobi, keeps that kind of thing to herself mostly stating she doesn’t want to stress us with the details… Advertising was blocked by office create too. There were YouTube ads, websites, and even Tik Tok ads that never came out.

… As I understand Planet Entertainment is suing office create having it removed for money lost. It’s hard to say if it will ever be released properly.”