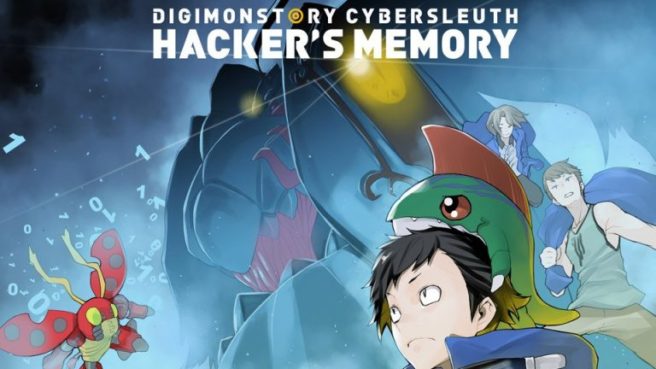 Bandai Namco hosted a special panel for Digimon at Anime Expo 2019 today. Some announcements were made, including one that will be of interest to Switch owners.

Here’s an overview of both titles:

Set in the near future, the line between the real and digital worlds is blurred. Logging into cyberspace is part of everyday life. For one teenager, a harmless on-line chat spawns a chance encounter with a mysterious hacker. Little did this teen know, this brief meeting would lead to a digi-monumental adventure.

In Digimon Story Cyber Sleuth, scan, raise, and train your faithful Digimon companions to battle by your side against a group of hackers.

Do you have what it takes to crack this digi-case?

Featuring more than 200 Digimon from the animated series!

Become a detective to investigate and gather clues to solve the digital mystery!

Traverse and explore the vivid and immersive environments of the real & digital worlds.

Set in the near future, the line between the real and digital worlds is blurred and logging into cyberspace is a part of everyday life. In the shadows lurk hackers utilizing computer viruses called Digimon to commit mischief and crimes. Framed and accused of wrongdoings, Keisuke Amazawa has no choice but to dive into the digital world to not only clear his name and prove his innocence, but to protect his loved ones.

• The Untold Story – Discover the mysterious backstory to the events that happened in Digimon Story Cyber Sleuth.
• Cyber Punk Atmosphere – Dive into a deeper & darker adventure where the real world and technology blend seamlessly.
• Featuring 320 Digimon from the animated series!
• Scan, raise, train and battle Digimon in classic turn-based gameplay!

Also announced at the panel, an entirely new Digimon Story is in development. It is not connected to Cyber Sleuth and will feature a new setting in the real world and digital world. Further information will follow in the future. Platforms are not confirmed at this time.