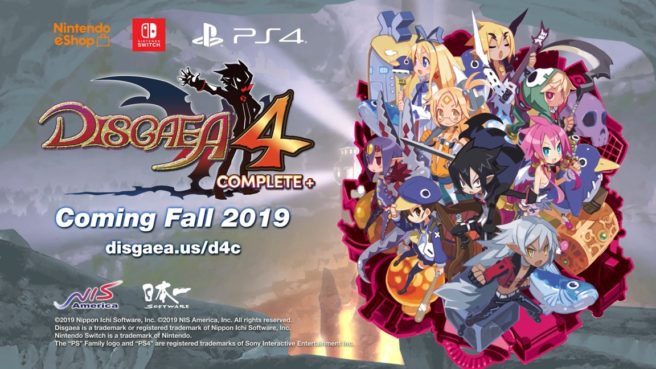 Here’s an overview of Disgaea 4 Complete+, along with the first trailer:

When the Corrupternment threatens to disrupt the way of life in Hades, Valvatorez finds himself at the helm of a fiery revolution. The former tyrant will need to call upon new allies, recruit a formidable army, and learn a thing or two about political unrest if he hopes to take down the corrupt regime and bring salvation to all Prinny-kind!

Dive into a tale of revolution and redemption, woven throughout a dark and hilarious realm of vampires, werewolves, and other devilish denizens. Engage in immersive and in-depth tactics-based gameplay brimming with over-the-top destructive action, and unload a horde of special features to take your Netherworldly adventures to another level. Brace your belt pouches and grab your sardines; the ultimate HD Disgaea game has arrived, dood!

Key Features:
– A Bloodless Coup – Lead the incomparable Valvatorez, a vampire bound by promises, and the ramshackle
cast of werewolves, angels, failed Final Bosses and more in a story of love, loss and…Presidential politics!?
– Disgaea now, Disgaea FOREVER – Level to 9,999? Make it happen. Custom maps? Build your own! Barge into other players games on a flying pirate ship? WHY NOT!? Now with new social online features coming after launch!
– And That’s Not All (!?) – Everything to ever grace Disgaea 4 is here! With over 30 unlockable characters, extra story campaigns, and modern flourishes to the Disgaea formula, Disgaea 4 Complete+ offers as deep and smooth of an SRPG experience as there has ever been

NIS America will be offering “A Promise of Sardines” Edition for Disgaea 4 Complete+ as a standard release. It’ll include the game, bookmark, double-sided poster, and reversible cover. 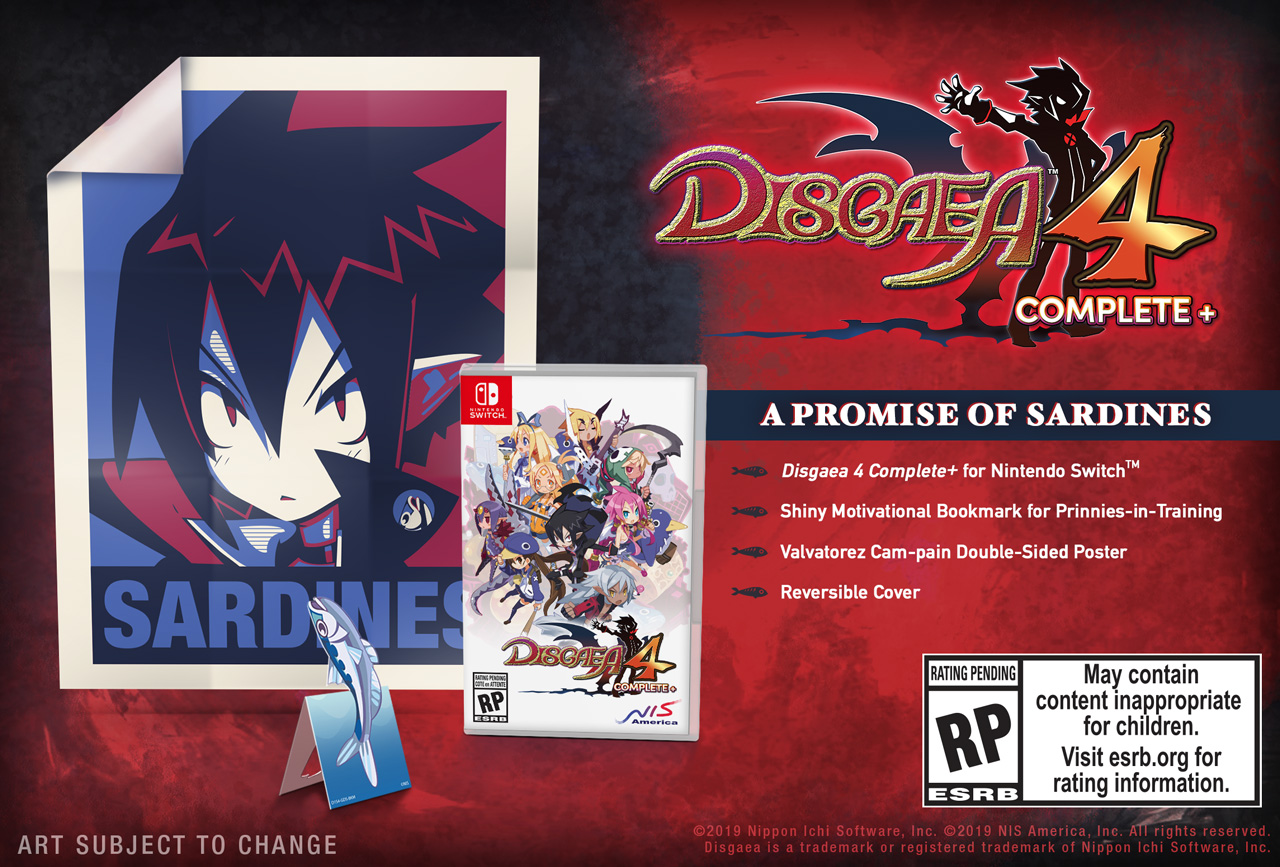