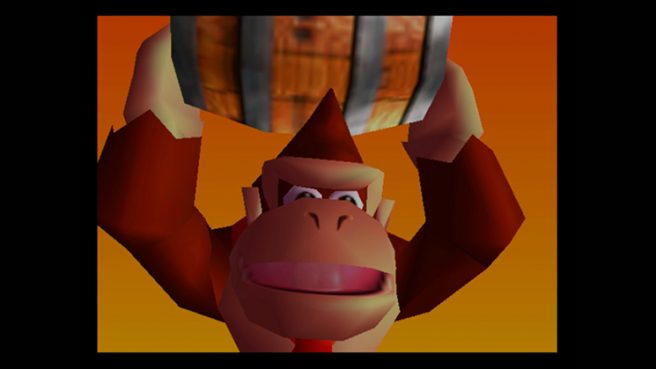 More than 20 years after its original release, a new secret of sorts has been found in Donkey Kong 64. Fans have discovered a hidden developer code that, when the player goes through a series of inputs, allows entry into a level with a lower than normal amount of Golden Bananas.

Twitter user tjballaam originally passed along the news. The Cutting Room Floor offers further insight, including the code itself:

If you are in a lobby and get close to B. Locker, by pressing Up, then Down, then Left, then Right on the D-Pad, the homing ammo sound effect will play. This enables a developer function which is reset every time the player loads a level lobby. The purpose of this function is to cause B. Locker to allow the player to enter a level with a lower than normal amount of Golden Bananas, also displaying otherwise completely unused text. Note that the number on the sign will not change after entering the code. This code also does nothing in the Jungle Japes lobby, still leaving the player to collect the mandatory 1 Golden Banana to enter the level.

The requirements after entering the code for each lobby are:

And here’s a look at the cheat in-game:

No one can say for certain why the developer code exists in Donkey Kong 64. However, The Cutting Room Floor speculates that “it may be remnants of a scrapped mechanic where you could trade in some coins to lower the banana requirement, as indicated by other parts of the game code, with this code being used to test it.”