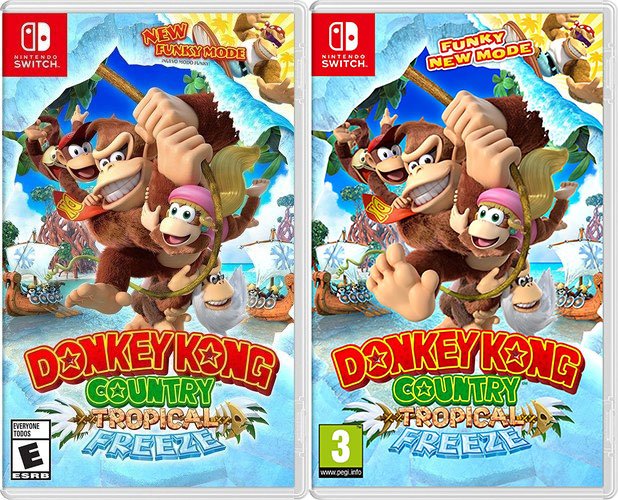 The boxart for Donkey Kong Country: Tropical Freeze is mostly the same in North America and Europe. There are a couple of differences though, and both are pretty random.

The first difference concerns the positioning one Donkey Kong’s foot. Nintendo also went with a slightly different approach to the text pointing out the new Funky Kong mode. We have a look at both boxart versions above.

Fun fact: the foot positioning was actually the same for the original Wii U release. Fans seem to be noticing it more on Switch, however.