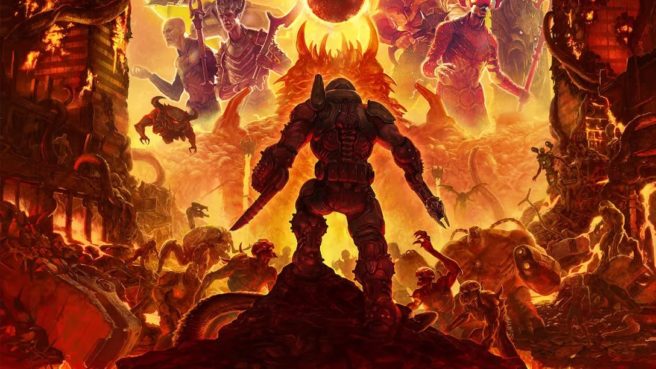 Many characters have been rumored for Super Smash Bros. Ultimate as DLC fighters, which have been perpetuated by internet speculation. Doom Slayer from the Doom series is one such representative that some have wondered about possibly ending up in the Switch game.

Doom Eternal developer Marty Stratton addressed those rumors directly in an interview with Metro. According to the director, there have been light discussions, but they’ve “never gone anywhere serious”. While Nintendo hasn’t asked the team about putting Doom Slayer in Smash Bros., they’re “open-minded”.

Here’s the full exchange between Metro and Stratton:

What about the rumours of Doom Slayer being in Smash Bros.? [This was a couple of days before the Byleth announcement] Do you think it could ever happen?

Well, that’s how Solid Snake got in it. Would they discount it just because of the gore and violence though?

MS: I dunno. You would honestly have to ask them. We’ve never been approached and said, ‘Hey can Doomguy be in Smash Bros.?’ But we’re open-minded if they wanna ask. But we hear it all the time [from fans]. Who would say no? [laughs]

But you did ask them?

MS: We’ve had… I don’t even know who talked to who, but we’ve bantered with them. We have a great relationship with them through bringing Doom 2016 to Switch and that kind of stuff. So we have great people over there but it’s one of those things where it’s like, ‘Wouldn’t it be cool?’ But it’s never gone anywhere serious, so we’ll see.