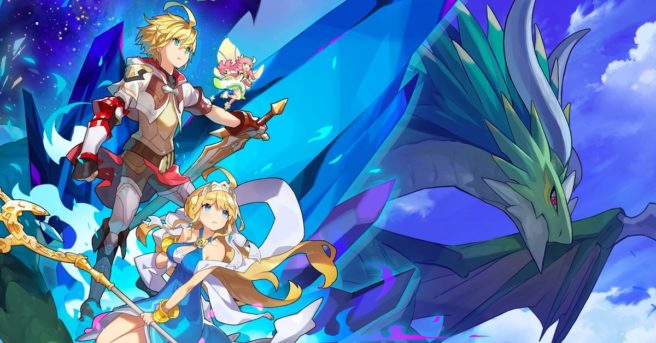 Nintendo and Cygames have issued an update for Dragalia Lost. Players can now access version 1.0.6, which includes additional features focused on the new event plus various improvements and fixes.

・Preparations for the start of the “Trick or Treasure!” event

・Players can now set Quick-Turn options to on or off in the Game tab of the Options menu.

・In the Upgrade menus, characters, weapons, dragons, and wyrmprints which have been upgraded to their maximum level will be indicated by a mask covering their icons.

・After a co-op game, the timer to choose whether to battle again with the same players or not has been shortened to 40 seconds.

・A camera button has been added to the Continue screen of co-op games, which allows you to spectate the battle.

・The movement arrow displayed when sliding your finger along the screen during quests has been shortened.

・The summon appearance rate screen’s layout has been adjusted.

The following issues have been fixed:

・Players being unable to progress during the tutorial in Ch. 2/2-1 “The Sylvan Archer”

・The Unbind button in the wyrmprint details screen getting unlocked before wyrmprint upgrading becomes available, leading to other possible errors

・With Mikoto as a support character, Flare Stance and Ruin Stance not being displayed when Ravenous Fire (Ruin) hits

・The following axes’ level 2 skills not activating their second hit:

Crimsonclaw
Traitor’s Despair
The Tyrant
・The following types of skills not being used by AI characters: