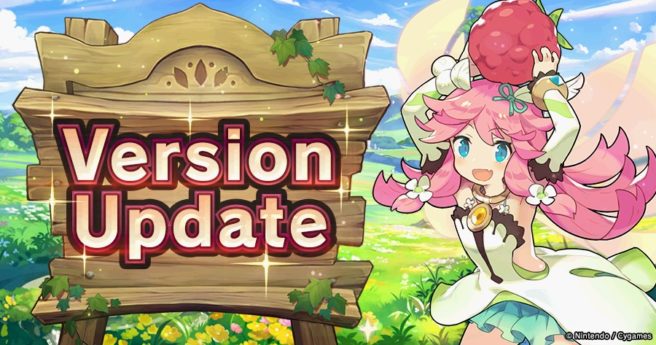 Dragalia Lost has received its latest update. On both iOS and Android, version 2.10.0 is available.

The new update includes some new changes, balance adjustments, fixes, and more. Continue on below for the full patch notes.

To celebrate the update, we’ll be sending all players a Tenfold Summon Voucher after the automatic update. This notice will be updated after it has been distributed.

Note: The Tenfold Summon Voucher will not be distributed until after the automatic update, even if you complete the update to version 2.10.0 early.

■Update Details
・Players will be able to use skip tickets to clear quests that award a daily bonus (excluding Trials of the Mighty) with just one tap from a central location.

・The user interface for the main campaign will be improved.

・Players will be able to choose whether or not to accept the daily bonus (assuming that they have one stock available) when clearing a Trials of the Mighty quest starting on 07/27/2021 at 02:00.

・Players will be able to trade steel bricks, moonlight stones, and mana for certain items in the Special section of the Treasure Trade starting on 07/27/2021 at 02:00. Depending on the item offered for trade, players may obtain valuable resources in exchange.

・The user interface for the Summon screen will be adjusted to include the ending dates and times for each active summon showcase.

■Other Changes
・The user interface for matching with other players in co-op will be adjusted (with particular adjustments for Rise of the Sinister Dominion quests on Master difficulty).
・The name and email address registered to the currently linked Nintendo Account will be displayed on the Account Management screen (accessible by tapping the book icon on the Home screen, then Other, then Account Management).
・An indicator will appear on a particular weapon type’s icon on the Crafting and Upgrade screens when players have enough materials to upgrade one or more of those weapons. In addition, the number of copies of particular weapon will no longer affect whether or not the game displays an indicator for that weapon.
・On the Weapons and Crafting screens, the text that indicates the number of copies of a particular weapon will be replaced with text that indicates the number of slots the weapon has.
・If an adventurer equips a Battleworn version of a weapon, their Wyrmprint tab will be grayed out on the Edit Teams screen.
・On the Wyrmprints and Upgrade Wyrmprints screens, players will be able to search for a particular wyrmprint by entering its name or the name of one of its abilities directly into the search field.
・Players will be able to sort wyrmprints by their abilities in the Details view.
・An animation that plays when augmenting a wyrmprint will be added.
・When returning to the Upgrade Wyrmprints screen after viewing a wyrmprint, the scrolling slider will return to its previous position instead of resetting to the top of the screen.
・Players will be able to choose whether or not a sound effect plays when an overdrive counter is successfully executed.

■Balance Adjustments
・Starting on 07/30/2021 at 02:00, while playing co-op in Tartarus’s Wrath, adventurers who are bound by Dimensional Shift will no longer be freed after a certain amount of time has passed.
・Starting on 07/30/2021 at 02:00, while playing Tartarus’s Wrath, Tartarus will use Retribution when the entire team becomes bound by Dimensional Shift. Unless players destroy the weak point that appears, Tartarus will wipe out the entire team.
・When successfully executing an overdrive counter, the amount that players can reduce the enemy’s overdrive mode gauge may not exceed a set maximum. This change will not affect how players strategize for quests.