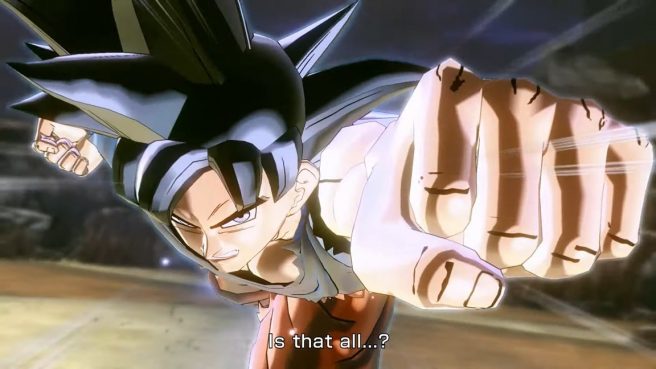 Dragon Ball Xenoverse 2 is showing no signs of slowing down, as it’s now been revealed that Goku (Ultra Instinct -Sign-) will be joining the game as a new DLC character.

There’s not much to go on at present, but we do know that the release is scheduled for this summer. Bandai Namco also readied a trailer that provides a first look at Goku (Ultra Instinct -Sign-) in action – give it a look below.

Dragon Ball Xenoverse 2 originally launched in 2016, though it made it to Switch in 2017. Bandai Namco has supported the title with a ton of DLC over the years. Toppo (God of Destruction), Jiren (Full Power), Gogeta (DB Super), Caulifla (Super Saiyan 2), and Kale (Super Saiyan 2) were the additions for 2021. It was announced back in November that the game’s shipments had surpassed eight million units.

We’ll let you know when we have more information about Goku (Ultra Instinct -Sign-) in Dragon Ball Xenoverse 2, including a proper release date.