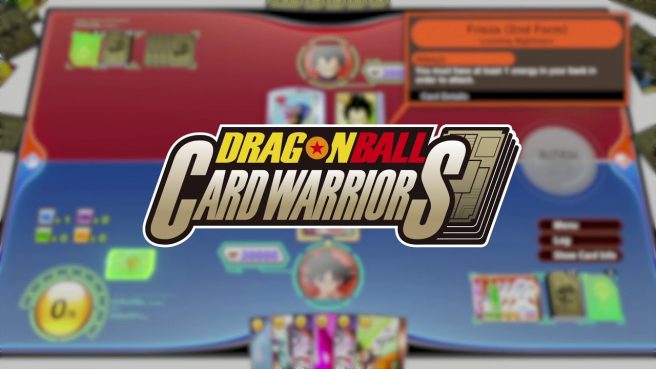 Dragon Ball Z: Kakarot + A New Power Awakens Set made it to Switch a few months ago, but it was missing a notable feature in the form of Card Warriors. This had previously landed on other platforms in 2020 and was intended to be made available on Nintendo’s console as part of a free update this fall. Unfortunately, that’s no longer happening.

Bandai Namco confirmed not too long ago that Card Warriors has been delayed on Switch “due to an adjustment of the development schedule.” A new release window was not provided.

The free update “Card Warriors” for “Dragon Ball Z: Kakarot + A New Power Awakens Set” for Nintendo Switch, scheduled this Autumn will be postponed due to an adjustment of the development schedule.

We apologize for the inconvenience to those who have been waiting for the release of Card Warriors.

The team is currently working diligently on the development, and we thank you for your patience.

Please wait for additional information regarding the specific date.

Card Warriors is an entirely new, free mode in Dragon Ball Z: Kakarot. The online feature lets players partake in a fast-paced card game battle. The ultimate goal is to reduce the HP of the opponent’s leader to zero. Casual Mode, Ranking Battle Mode, and Tournament Battle options are included.

You can see what it has to offer in the video below.

We’ll let you know when the Card Warriors update goes live on Switch. Read our review of the game here.