Posted on January 3, 2017 by Brian(@NE_Brian) in General Nintendo, News 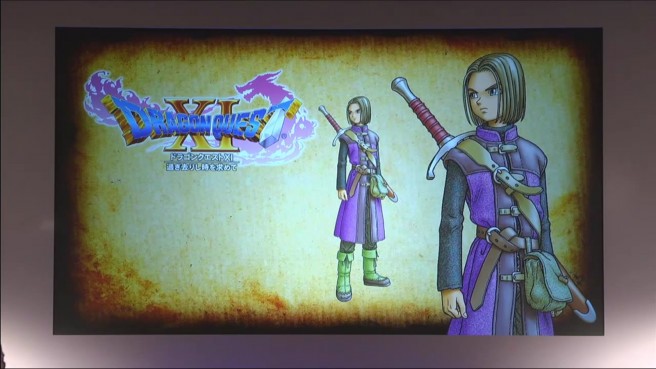 During NHK’s Dragon Quest program which aired last week, character designer Akira Toriyama – who is also the creator of Dragon Ball – shared a special message. He reflected on originally getting the job, working on the series in general, and a bit on the upcoming Dragon Quest XI.

Crunchyroll has now gone to the trouble of translating Toriyama’s message in full. You can read it below.

Hello, this is Akira Toriyama.
I’m terribly sorry that I can’t appear in person, because public exposure is NG (no good) for me.

It was very easy to convince me to take on the job of character designer for Dragon Quest.
“What the heck is a role-playing game?”, I thought.
That was the sort of time it was.

Also, because the series is a fantasy, there is a certain established time period and setting
that you can’t remove for your design work.
Every time we return to that period, it gets harder and harder,
and it becomes a situation where we have to use every trick in the book.

To have such a highly specific design setting limits your artistic options,
and since I like to create fanciful designs every once in a while,
I created tons of designs that were rejected,
back in the old days, but I got to paint countless small-fry monsters
which is what I love to do do,
And sometimes I get nostalgic for that.

But don’t worry.
I’ve undertaken this work with the full principle of my being,
and so this time with Dragon Quest 11,
I’m also endeavoring to design with all of my might.

It will be a little while still before it’s ready to be released into the world,
But please look forward to it.