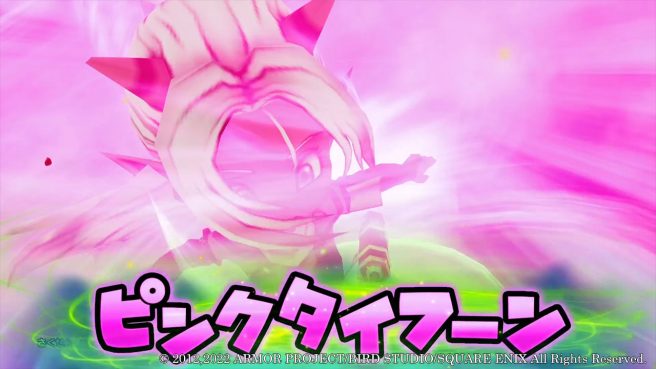 Square Enix shared the latest details and screenshots for Dragon Quest X Offline today, which focuses entirely on the RPG’s Character Builder. This overview primarily covers the use of skills.

– The game lets you develop the hero and your party members via the “Character Builder”
– Unlock panels by using the Skill Points you earn as you level up to learn new abilities, spells, and Coup de Graces, as well as gain skill effects
– Which panels you unlock is up to you
– Skill Points can be spent at any time from the “Skill Settings” menu under “Tactics”
– Each character’s Character Builder starts from the center panel
– New panels can be unlocked from there
– The panel displays the names of the abilities you can learn and the points required to unlock them
– If you have enough Skill Points to unlock an adjacent panel, you can learn the ability, spell, or skill effect that the panel represents
– There is no fixed order for unlocking panels

– The Character Builder has special “Secret Panels” marked with a “?” which by unlocking the surrounding panels will reveal a powerful ability or spell you can learn

The Hero Has a Skill Tree for Each Weapon Type

– The hero has a skill tree for each equippable weapon type
– Since there are 16 weapon types you can equip from the start of the game, you will be able to choose and unlock the panels you choose from 16 skill trees
– Party members each have one large Character Builder with different branches of abilities to learn
– Open the Character Builder and unlock each panel to strengthen your characters

– The hero has over 16 small skill trees for each weapon
– Unlock the panels on each skill tree a little at a time, or you can put all your focus into a single skill tree
– One-Handed Sword Skill Tree, Axe Skill Tree, Staff Skill Tree, and Shield Skill Tree

New Abilities and Spells are not Limited to the Character Builder

Check out the Dragon Quest X Offline Character Builder in the gallery below.

Dragon Quest X Offline was last planned for February 26, 2022 in Japan, but was delayed to this summer. Meanwhile, there’s no word on a western release at this time.