Dragon Quest XI: Details about Martina’s & Row’s skills and the town of Grotta 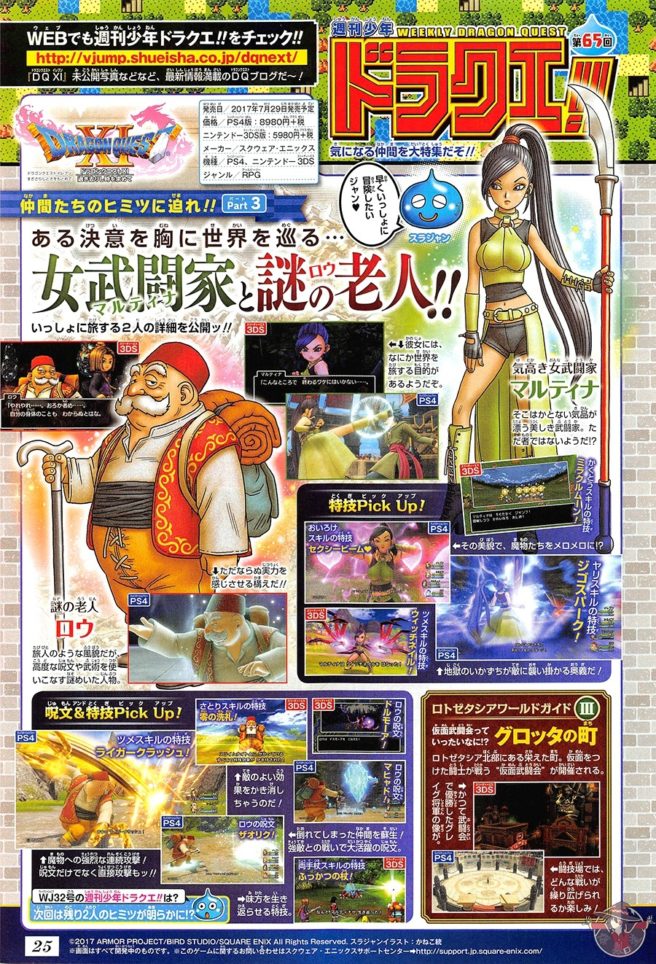 Another week, another round of Dragon Quest XI news from Weekly Jump magazine. This time, we’ve got some new infos on party members Martina and Row and what they’re capable of in combat, as well as the town of Grotta. Credit goes to Gematsu for the translation.

Grotta is a flourishing town in the northern part of Lotozetasia, and where masked fighters participate in a “Masked Fighters Tournament.” There is arena here, as well as a statue of General Greig, who won the tournament once.

Martina is a beautiful fighter with an ambiguous elegance drifting about her. She doesn’t seem to be just an ordinary person. She seems to have the intention to travel the world.

Skills she can use include:

Row has the appearance of a traveler, but is a man shrouded in mystery who can use advanced magic and martial arts.

Spells that he can use include:

Skills that he can use include: