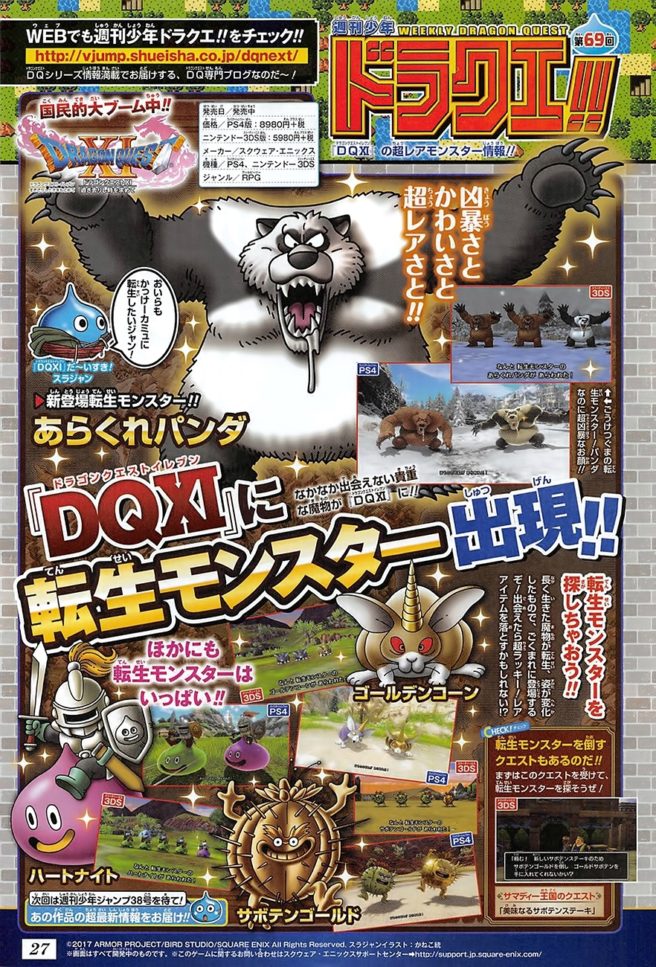 Dragon Quest XI will be released in Japan on Friday, but that isn’t stopping Weekly Jump magazine from releasing some new info on the game.

There will be a special type of enemy in the game called reincarnated monsters. As their name implies, they have been reborn and thus look different than their regular counterparts. They might have a different color scheme or other distinguishing features. It’s not all about their appearance though – these monsters are also pretty rare. Hunting them down for special quests given to you by NPCs can net you some great rewards though.