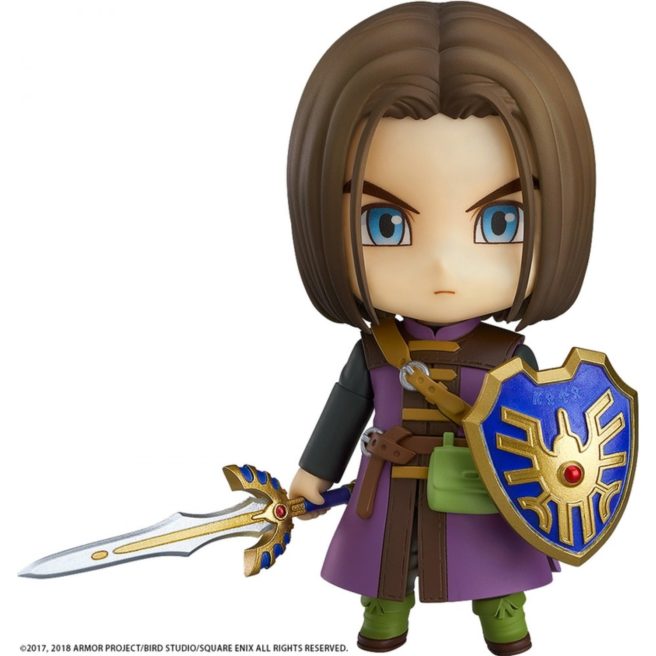 Play-Asia has opened pre-orders for the new Nendoroid based on The Luminary in Dragon Quest XI. You can reserve yours here.

This is more than just a figure, as you’re getting two interchangeable face plates as well as other parts like a sheathed version of the Cobblestone Sword. We have an official product description with more details below, along with new photos.

From the latest game in the Dragon Quest series, “Dragon Quest XI: Echoes of an Elusive Age”, comes a Nendoroid of The Luminary! Two interchangeable face plates are included⁠ – a standard expression and a smiling expression.

The Cobblestone Sword, a sheathed version of the Cobblestone Sword that can be displayed on the Nendoroid’s back, the Sword of Light and Erdwin’s Shield are included as optional equipment parts along with a miniature figure of a Slime from the game. An effect part to display The Luminary swinging his sword is also included. Enjoy recreating scenes from the game in Nendoroid form!

The Luminary Nendoroid is targeted for release in September.