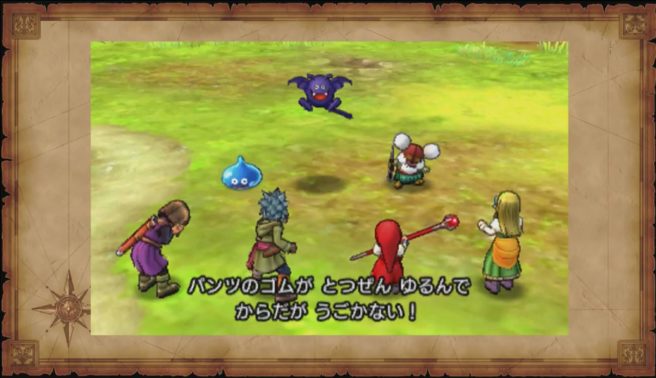 Dragon Quest XI has a unique “Restricted Play” mode. When going through this mode, you can experience the RPG with certain features disabled.

Dragon Quest XI’s next restriction is known as “ashamed curse”. It makes you unable to speak properly to people in town, causes embarrassing things to happen in battle that make you unable to act (such as the elastic band of your underwear breaking), and has various other embarrassing elements.