Dreamscaper getting a physical release on Switch 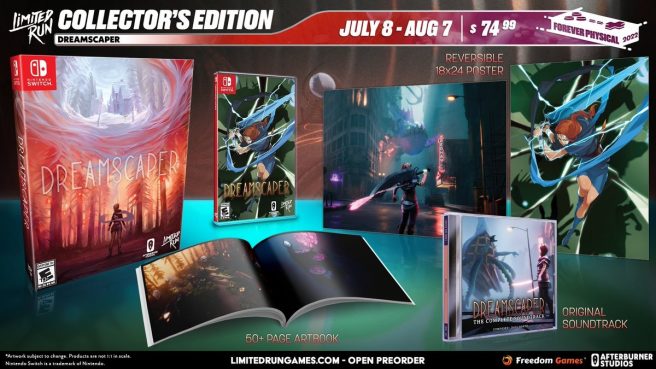 Thanks to Limited Run Games, Dreamscaper will have a physical release on Switch.

Dreamscaper first launched on Switch until August. Thus far, it has only been made available digitally on the eShop.

Dreamscaper is an endlessly replayable Action Roguelike with a waking/dreaming gameplay cycle. By night, delve deep into your subconscious, facing nightmares in an ever-changing world filled with unique items, abilities, and challenges. By day, explore the city of Redhaven, build relationships and unlock permanent upgrades in order to take on the next dream stronger than ever.

Pre-orders for the physical release of Dreamscaper begin on July 8, 2022. Limited Run Games will be taking reservations here.