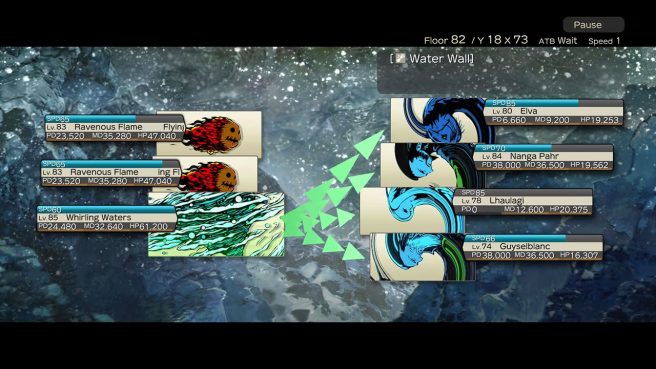 Now that Dungeon Encounters has released on Switch, we have a good look at gameplay. Today’s video shows off 23 minutes of footage.

For those that haven’t heard of Dungeon Encounters previously, check out the following overview:

An otherworldly labyrinth has suddenly appeared on the outskirts of a quiet town. Make clever use of your abilities to chart the depths, overcome obstacles and defeat your foes in thrilling battles!

From some of the key development team behind the legendary FINAL FANTASY franchise, DUNGEON ENCOUNTERS is a dungeon exploration RPG where you must strategize to survive. The streamlined interface gives you the freedom to prepare and manage your party as you strive to reach the final floor.

Do you have what it takes to overcome the numerous trials that await you and discover the dungeon’s secrets?

By uncovering and visiting spaces with white numbers, you may obtain items, unlock and change abilities, restore your party to health, find hidden merchants, and much more.

Battle encounters, marked with black numbers, are hidden throughout the map. However, they can be revealed with a special ability, allowing you to choose when and where to engage your enemies.

Previously discovered events will be recorded in the Event Log, a valuable resource that allows you to reference past experiences to tackle future challenges.

Test your strategies in thrilling battles, featuring the Active Time Battle (ATB) system made famous by the FINAL FANTASY series.

Under the direction of Ito Hiroyuki, creator of the ATB system, battles play out in real-time, utilizing a polished and refined iteration of this classic design, which promises exciting, challenging combat.

The blank map awaits you, and by exploring and investigating every tile on each level, you will be awarded ability points. Navigate obstacles, including secret passages and hidden traps, and conquer the dungeon!

We have the new Dungeon Encounters Switch gameplay below.

Square Enix is offering Dungeon Encounters through the eShop. It supports English and Japanese language options.