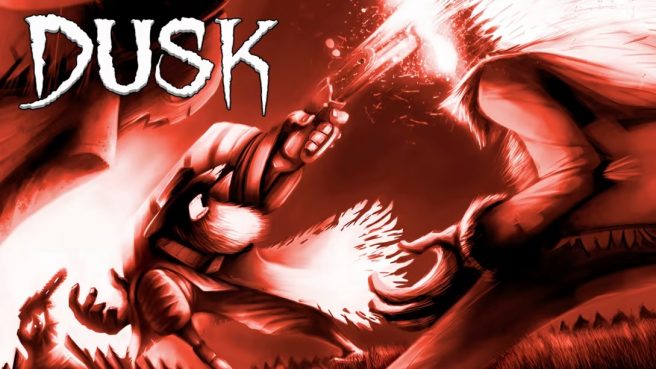 New gameplay is in for Dusk, a retro-styled first-person shooter. The game will finally release on Switch tomorrow following a lengthy delay.

Here’s an overview of Dusk:

Battle through an onslaught of mystical backwater cultists, possessed militants & even darker forces as you attempt to discover just what lurks beneath the Earth in this retro FPS.

In addition to the main campaign, DUSK also features an Endless Survival Mode, putting you front and center against wave after wave of merciless enemies.

But that’s not all! The “cult” classic shooter explodes onto Nintendo Switch at 60 frames per second with new features such as a weapon wheel, HD rumble, gyro aiming, tons of UI and UX improvements plus a new endless level for the most robust DUSK experience yet – on your couch or on the go!

Get a look at the Dusk Switch gameplay in the video below.

Dusk will be up on the Switch eShop starting on October 28 with English as its only supported language. A physical version will follow from Limited Run Games at a later date.