To most, this year’s E3 was the most disappointing Nintendo conference over the past three years  – even more so than last year – due to Nintendo’s increasingly blatant focus on the casual audience. How exactly did Nintendo’s most recent press conference stack up to its previous two years though? Well, over the past three years, the total of games the company has decided to present – for both Wii and DS – have declined considerably. Believe it or not, this applies to third-parties as well. Overall, E3 2008 saw the biggest shift in Nintendo’s attention and also saw a big drop in titles. It will be very interesting to see how Nintendo approaches next year’s E3 if they continue on this pace – if there is another E3, that is. Below are a number of statistics that compare different categories for Nintendo’s three latest press conferences.

Biggest news of each conference 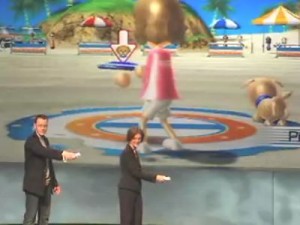 – E3 08 had the biggest drop in games for Nintendo and games in general
– Even though the E3 2008 conference spanned the typical hour time frame, Nintendo took more time with the titles they discussed
– There were no trailer/video montages for games at E3 2008
– All games shown at E3 2008 – except for one – will be releasing this year
– E3 06: Huge number of games shown due to Wii being released in the same year, yet there were still many Nintendo DS games present
– E3 07: A lot of peripherals/add-ons were introduced
– Each year, at least one “Wii ___” title was discussed – All 3 years, the “Wii ____” brand was the ending “highlight” of the show (E3 06 was Wii Sports, E3 07 was Wii Fit, E3 08 was Wii Music)
– For the past two E3s, Nintendo has been relying on third-parties for more content to show, perhaps causing a dearth of Nintendo-developed titles at the conferences (Surprisingly, there were more third-party titles at E3 2007 and E3 2008 than first and second-party games)
– In spite of the non-stop success of the DS, Nintendo (more or less) ignored the handheld by only discussing the new Pokemon Ranger games