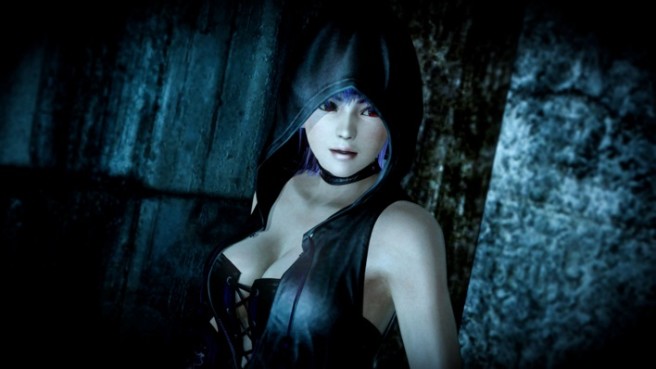 Siliconera recently caught up with a pair of developers behind Fatal Frame: Maiden of Black Water. The site spoke with Nintendo co-producer Toru Osawa as well as Makoto Shibata. A few interesting topics came up during the discussion. The two creators commented on the idea behind using the GamePad as the Camera Obscura and cut ideas, where Ayane’s inclusion came from, and the decision to make the first two chapters free in the west.

You can find these excerpts from the interview below. Read the full discussion over on Siliconera.

On turning the GamePad into Camera Obscura and cut ideas…

Toru Osawa, Co-Producer at Nintendo: I think a lot of people’s first impression of the Wii U GamePad was that it was camera-like, both in function and in shape. It was obvious to us that something like Fatal Frame, where you’re using the Camera Obscura as your weapon, was the most suitable kind of game for this, so the project proposal proceeded along pretty early.

However, we went through a pretty long trial-and-error period while devising the GamePad’s camera-like interface, trying to figure out what we should show on the GamePad. We also worked with Koei Tecmo Games to have more camera-like functionality, such as focusing, framing, and zooming, in the game system.

This eventually settled into a system where you can tilt the GamePad to “frame” your shot and get as many ghosts onscreen as possible.

Makoto Shibata, Director at Koei Tecmo Games: I think that Nintendo’s games are kind of like evolved forms of electronic toys, ones where the gameplay is integrated within the hardware’s unique features. As a result, I think we need to consider gameplay that’s a good match for the hardware’s features and provide that to players, so I work with Nintendo each time to think about new features to put in each game.

The Wii U hardware was just too perfect a match for this game, so we had multiple discussions with Nintendo on what other unique features we might be able to put in. Most of them were oriented around the camera, but another thing that came up in our discussions was using the two sticks and tilting to allow for pinpoint controls, adding to the horror. This was centered around basic moves like opening doors and lifting up cloth, but there were also gameplay elements like moving items around just a little to adjust their position or pouring out water. We gave up on it at a certain point, however, because implementing this element across the whole game would fray our nerves after a while.

We also thought about the idea of blowing on things, extinguishing fires or clearing away dust. You could also blow on your companions to make them ticklish; other smaller reactions like that. The proposition here was how we can use this new hardware to let you interact with the game world, so I thought it’d be pretty neat, but it didn’t come to pass in the end.

TO: We wanted to emphasize the collaboration aspect more between us and Koei Tecmo Games, so Nintendo suggested having a DOA character make a guest appearance. Most characters in DOA are highly seasoned fighters, but having that strength be rendered meaningless by these otherworldly ghosts is something that I think will seem pretty fresh to DOA fans.

MS: Nintendo was the one who suggested having Ayane as a guest character. I think the intention here, as discussed earlier, was to create a stronger action-oriented impression.

Ayane’s a character with a lot of fans in the world of Fatal Frame, albeit one parallel to the main game, so we needed a story setting and gameplay that was a fit for her. You’ll see Ayane scared and pained in this mode, which I think will show a more vulnerable side to her.

TO: A lot of it, of course, comes down to Koei Tecmo Games’ previous achievements with DOA5, launching a free-to-start game. But we also received advice from our overseas staff that this method would be effective in getting a lot of Western game fans unaware of the Fatal Frame series to learn about what makes it fun, so that’s what we went with.

MS: This was a suggestion from Nintendo. I think you see a lot of games these days where you watch a movie and practically feel like you played it afterwards, but if you actually play it, you realize how different that is from simply watching. I’m hoping that letting gamers easily play the opening scenes will help them try out the game’s unique atmosphere and the immersion the GamePad offers.