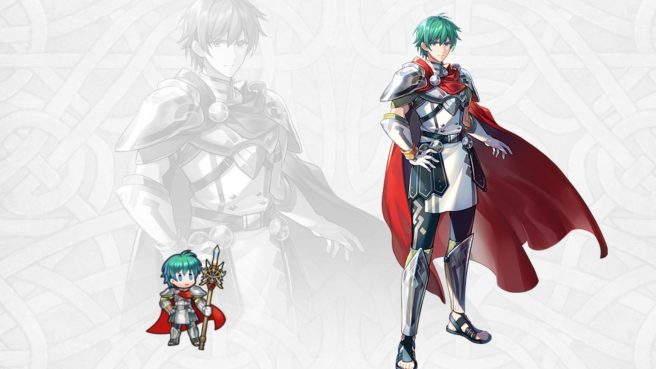 Here is an overview of the character’s Resplendent Hero form:

“Eirika is always overjoyed to see me newly attired. Why?”
“I must become more like my father. Not just in terms of strength, but also wisdom.”

Ephraim, the prince of Renais, has come to unveil his new outfit from Jötunheimr, kingdom of the Jötnar! One thing that shouldn’t be missed are the breezy sandals he’s wearing that add a nice touch to his authentic jötunesque attire. Even when clad in simple armor, his regal presence still manages to shine through!