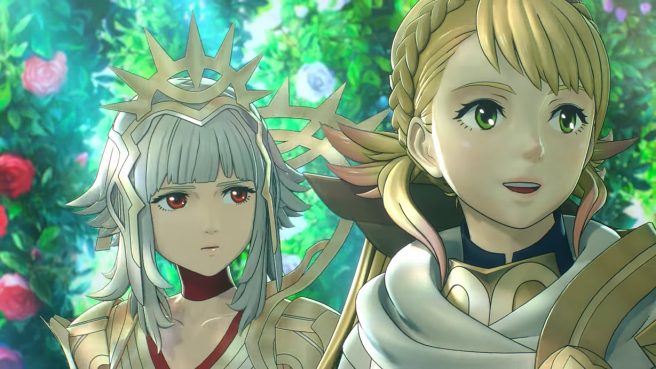 Fire Emblem Heroes is putting the finishing touches on Book VI with its ending movie, which is known as Princesses’ Pledge.

In the video, Princess Sharena and Princess Veronica enjoy a nice, relaxing tea break in a garden in full bloom. Nintendo and Intelligent Systems suggest that the gods of their two countries could be watching over them.

Fire Emblem Heroes is currently available for mobile via iOS and Android. You can find more coverage on the game from us here and the official website here. We’ll bring you news about Book VII as soon as we have it.