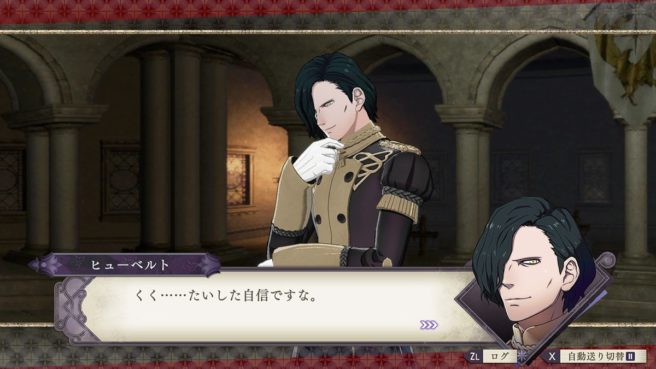 Having introduced all of the major characters over the last couple of days, the official Japanese Fire Emblem Twitter account has now started introducing the various side characters of Fire Emblem: Three Houses. Hubert, voiced by Katsuyuki Konishi, is a member of the Black Eagles. The strategist of the house, he is the son of an influential marquis and has served Edelgard since childhood. He will do whatever it takes to help her. According to Edelgard, Hubert may come across as a bit cold, but he is actually very reliable.

Here’s a brief clip of him talking to Byleth, in which he thanks him for saving Edelgard: