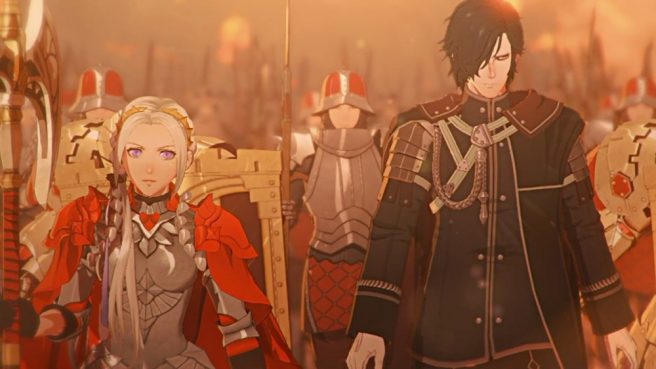 Ahead of Fire Emblem Warriors: Three Hopes‘ launch later this week, Digital Foundry has provided a new technical analysis that explores aspects like frame rate and resolution. A few other tidbits are discussed as well.

Here’s a roundup of details shared by the outlet:

– Resolution tops out at 1080p when docked
– All UI elements displayed at 1080p
– Around 648p in portable mode most of the time
– Insufficient text filtering, which causes noticeable blur
– Frame rate is typically about 30 FPS
– In contrast, Hyrule Warriors: Age of Calamity was more in the 20 to 30 FPS range
– Frame rate starts to dip during special attacks, but still averages much higher than a similar attack in Age of Calamity
– This applies to both handheld mode and docked mode
– Did not implement a 30 FPS cap
– Frame rate usually averages between 33 and 36 FPS
– Can go higher in select instances
– Improper frame persistence
– Visuals trimmed back a bit during splitscreen multiplayer
– Ex: shadows disabled for characters
– Fast loading times

You can check out the full Fire Emblem Warriors: Three Hopes tech analysis from Digital Foundry below going over the frame rate, resolution, and more.

Fire Emblem Warriors: Three Hopes will be available for Switch on June 24, 2022.