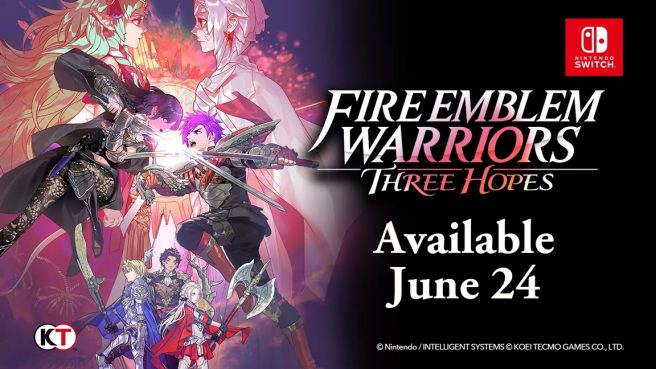 In the video, we’re able to get a look at Shez who meets Edelgard, Dimitri, Claude, and other characters while fighting for the future of Fódlan. The game has players aligning with a leader to build and command an army in 1 vs. 1,000-style battles and deep strategy. Depending on the house chosen, a different story will be presented with a different outcome. There’ll be three stories in total.

Edelgard, Dimitri, Claude, and other Fire Emblem: Three Houses characters return to put their combat expertise on display as you revisit a war-torn Fódlan.

Cut through hordes of enemies as characters from the Fire Emblem: Three Houses game. Take down dozens of foes with Edelgard’s axe or Dimitri’s lance, or blast enemies from a distance with Claude’s bow. Slash, swing, and spear your way to a brighter future for Fódlan.