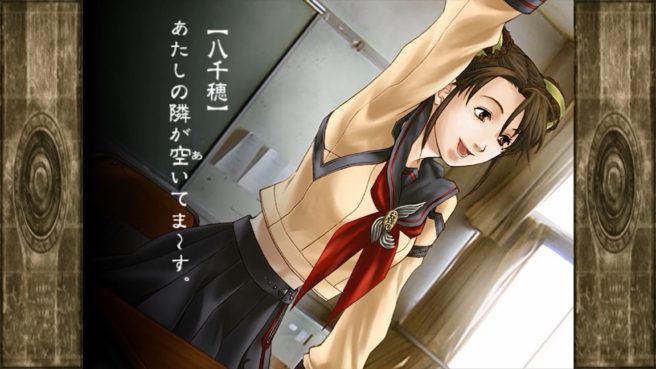 With Arc System Works having opened the official website, first details are in for the adventure RPG Kowloon Youma Gakuen Ki: Origin of Adventure.

– The school juvenile romance masterpiece Kowloon Youma Gakuen Ki returns on Switch will full voice-overs
– Adventure RPG released in 2014
– High-definition remaster of the PlayStation 2 game Kowloon Youma Gakuen Ki (Mujirushi), which was created by Shuuhou Imai, the father of the juvenile romance genre that continues to this day
– Newly recorded voice-overs, including a fully-voiced main scenario
– Famous scenes such as the characters’ Christmas confession scene that was praised by fans are now fully-voiced
– The voice actors from the original game have returned, although some voice actors have been changed
– Voices can be freely switched between partly-voiced and fully-voiced via the options
– While maintaining defining systems such as the “emotion input system” and “AP turn-based battles,” enjoy a school juvenile romance adventure that closes in on school drama and ancient mysteries

– Objects that transcend human knowledge, sent by a very ancient civilization… They are called “treasures”
– Throughout the world’s countries were many known as “treasure hunters,” those that seek out those treasures said to cause miracles
– Protagonist Kurou Habaki (name changable) is a young hunter who has just joined “Rosetta Society,” a hunter guild for up-and-coming treasure hunters
– As his first job, he challenges the “Temple of Heracleion,” which is buried beneath the city of Cairo in the Arab Republic of Egypt
– After repelling the obstruction of a secret society called “Relic Dawn,” which intends to monopolize the treasures, he brings back one of the treasures and recieves a new mission
– “Enroll into Kamiyoshi Gakuen private school in Tokyo, Japan, and explore the ruins discovered beneath the school”
– Kurou successfully infiltrates the school as a transfer student and discovers the entrance to the underground ruins
– Bonding with friends, battling the “student council” that protects the ruins, and a secret society that lurks in the shadows
– Inside a turmoil of secrets and intent, an adventure of a young treasure hunter begins

– Respond in conversations by choosing from nine emotions (love, joy, passion, friendliness, sadness, grief, coldness, anger, and ignore)
– In addition to affecting various parameters such as the other person’s reaction, favorability, and conditions for events to occur, different conversations will develop for each playthrough

– The protagonist’s classmate who always has an aroma pipe in his mouth
– While he has excellent reflexes, he is not a member of the club and and prefer to be on his own
– He is always either on the rooftop or at the nurse’s office, and tends to skip out on classwork
– Favorite food is curry

– Girl in the same class 3-C as the protagonist
– Ace of the tennis club
– Curious and cares about others, as well as cheer them up
– Has a friendly relationship with the transfer student protagonist

– Mysterious girl who wears chains beneath her uniform
– She has a mystical atmosphere that keeps people at a distance, and her background is hidden in a veil of mystery
– Throws puzzling words at the protagonist

– A girl in class 3-A, as well as a student librarian
– She manages the school’s books and has a habit of quoting old sayings
– While she is serious and quiet, she gets excited when it comes to topics of super ancient civilizations and the occult

– Japanese language teacher and homeroom teacher for the protagonist’s class, 3-C
– Her beauty has made her very popular with students
– While she is kind and gentle, she has doubts about the main leadership of the student council

– Includes a copy of the game, a smartphone stand figure of Koutarou Minamori, a new drama CD, and an art book

The images are small, but we have a few screenshots and pieces of art in the following gallery: